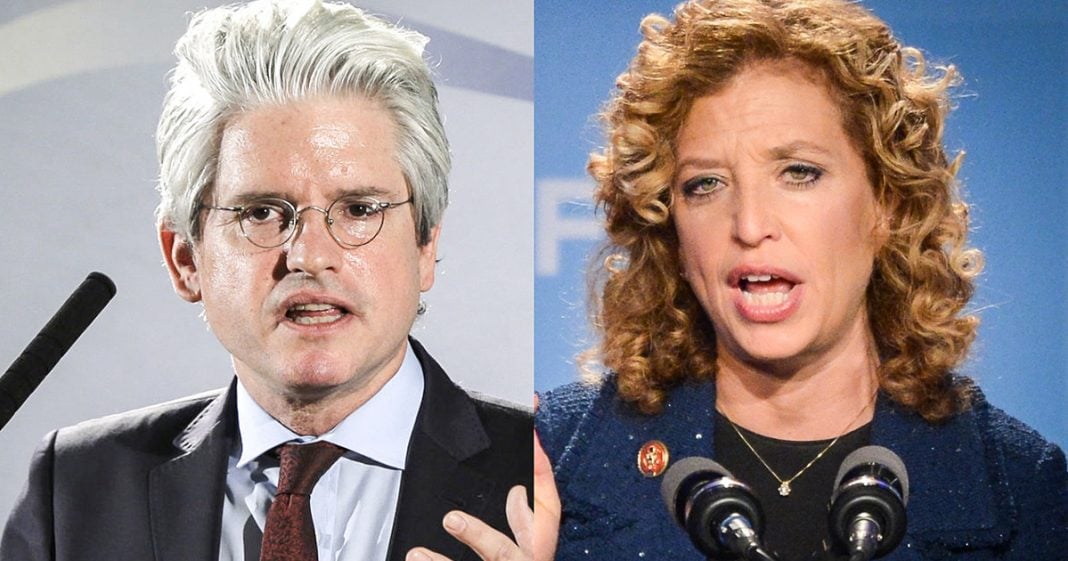 Establishment Democrats like David Brock and Peter Daou understand only one thing – money.  That’s what their careers have been based on.  They don’t want to help rebuild the Democratic Party or understand the populist uprising during the 2016 campaign, they just want to make as much money as possible while screwing over the rest of us. Ring of Fire’s Farron Cousins discusses this.

If you’ve never heard of a guy named Peter Dow, he was a Hillary Clinton campaign worker, big Hillary Clinton supporter, he’s the guy who if you go to his Twitter feed right now I guarantee you he has already Tweeted out something horrible about Bernie Sanders today in the month of March 2017 because he’s still so damn bitter about Hillary Clinton losing the presidential election. The problem with people like Peter Dow is that they are the perfect example of Democratic establishment has beens, people like David Brock. David Brock who wants to start a new organization and get Bernie Sanders involved only so that he can steal all of Bernie Sanders’ supporters, make them into corporate Democrat warriors, and take all their money, because at the end of the day people like David Brock, people like Peter Dow, all they understand, all they want out of these movements is money. They want to further their own career by taking money from you that’s meant to go to worthy causes or help to elect progressive candidates and put it in their pockets.

These are not men who are struggling to get by in life. These are men who drive cars that probably cost more than your houses. These organizations, these Democratic think tanks in Washington DC are massive money makers. All they do is prop up the establishment Democratic candidates and politicians who are more than happy to take money from corporations and ignore the will of the American public, ignore the will of progressives, ignore it when millions of people go out there and vote for a candidate because they want lower tuition fees for college or because they want better healthcare options or possibly a single payer model in the United States. These establishment Democrats ignore those people, pocket their money, and prop up establishment candidates who can’t beat the least liked candidate in presidential history in the United States. That’s pathetic, but that’s what you get with people like David Brock and Peter Dow and Debbie Wasserman Schultz and all of these other corporate centrist establishment Democrats that have taken over the Democratic Party.

They weren’t promises, but we still want someone to make good on those promises, but as long as we have guys like David Brock and Peter Dow, two guys by the way who were actually investigated by the State Department for potential misuse of campaign funds. They had been given a grant through some of their organizations, their think tanks and 501 organizations, were given a grant by the State Department to go interfere with Israel’s election and instead, according to the investigation, it’s believed that they took that money and instead used it to try to re-elect Hillary Clinton and put some of it in their pockets. That is according to the State Department’s investigation. Currently, there’s a lawsuit brought by conservative organizations to release the information from that investigation so we can find out what exactly these two establishment Democrats have been up to.

But that just takes it back to the main point. These people, David Brocks, Peter Dows, and everyone like them, they’re in it for themselves. They’re not in this for you. They’re not fighting for you. They’re fighting for a few extra dollars. They’re fighting for another summer home somewhere because that’s all they care about. If that’s all they care about, there shouldn’t be anything stopping them from switching from Democrat to Republican, because on that side at least it’s expected.