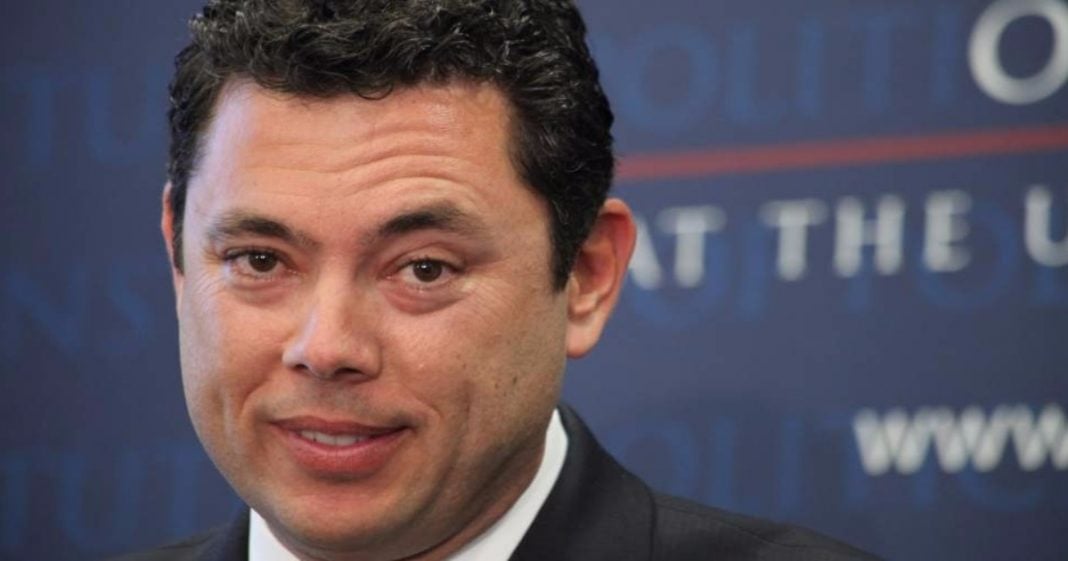 Jason Chaffetz, House Oversight Committee Chairman, appeared on President Trump’s favorite newscast Fox and Friends Monday to back up the POTUS on his unfounded claims shared VIA Twitter this weekend.

When President Trump made his initial claim, that he had been wiretapped by the previous administration shortly before the election, most Republicans stood quiet, less than eager to back the POTUS on such a strong claim without any evidence to back him up. Even Chaffetz was quiet at first and when questioned, stated that he saw no reason to believe that Obama had wiretapped Trump.

Where before, Chaffetz had seemed reluctant to look into Jeff Sessions’ clear lies to the Senate committee under oath, as of Monday morning, Chaffetz was prepared to take the president at his word, despite the fact that the President made it clear his only source for claims that Obama wiretapped him was a report from white nationalist faux news site Breitbart.

Chaffetz, like several others Monday morning, suggested that its possible the POTUS has access to classified intelligence which might confirm his claims. Despite knowing clearly that his only source over the weekend was a wild claim on a bad website, Kellyanne Conway and the rest are eager to pivot the story with shadowy intelligence claims instead.

While the President absolutely has access to a wealth of classified information, we also certainly know that he is not getting regular intelligence briefings – nor does he simply read things on his own.

Now, Chaffetz is eager to go on another anti-Democrat hunt, this time turning from Clinton’s emails to Obama’s wiretap – or ObamaGate as those on the far right are already attempting to coin it. At long last, the Republicans have found a way to rope in Obama into what is a decidedly Republican scandal, and forevermore, it will be he, not Trump, that is to blame.

Chaffetz said on Fox and Friends Monday morning that he plans to take Trump’s claims seriously and “look hard at it.” A perfect partisan man, Chaffetz is only willing to “look hard,” at the supposed sins of the Democratic party while closing his eyes to the shady dealings on the right. Whether or not the Russian hysteria proves to be true, and whether or not Southern sweet-talker Sessions meant to lie to the Senate, those are things that must be investigated.

You really have to admire the Republican skill at blaming Obama for everything – even if it takes the mad rantings of Mark Levin and a source-free POTUS to make it happen.