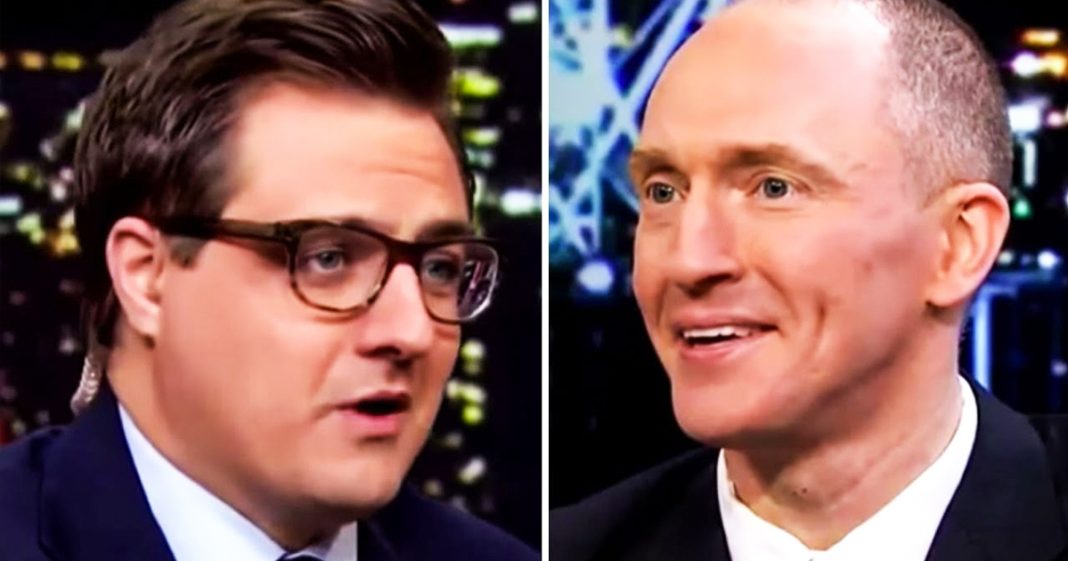 In this Majority Report clip, we watch two clips of Carter Page, an oil-industry consultant with ties to Russia and a former foreign-policy advisor to Donald Trump’s presidential campaign (something which Trump campaign staffers now deny). His name came up repeatedly in the “Trump-Russia Dossier,” and since that time he’s been under investigation by the FBI, CIA, NSA, ODNI, and FinCEN. Now he’s going on a punishing, self-incriminating press tour for some reason.