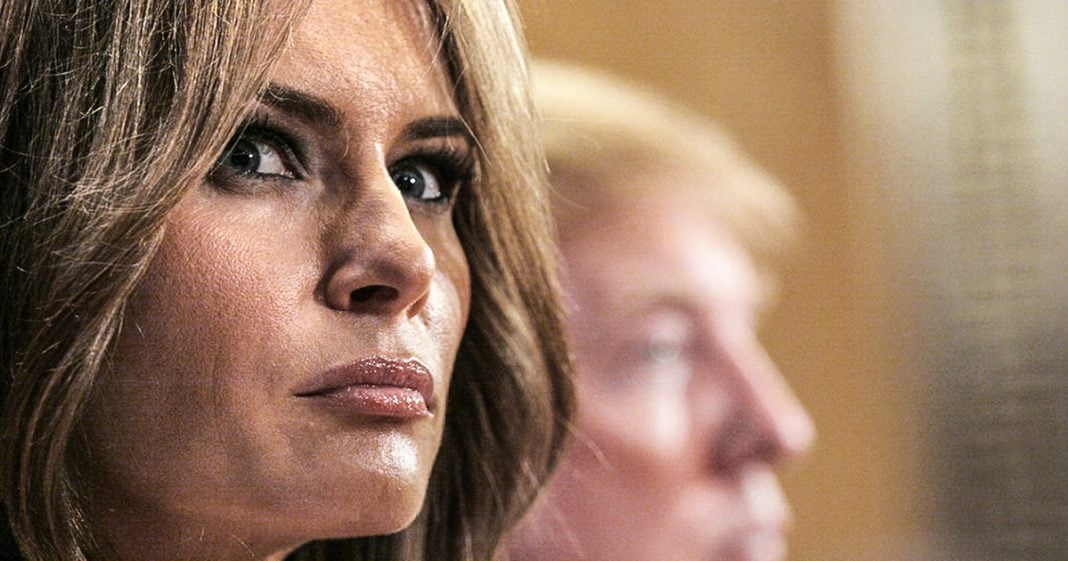 Melania Trump has been a relatively quiet First Lady, and judging by her recent comments while visiting a Childrens’ Hospital, that’s probably a good thing.  In the presence of children with severe diseases, the First Lady said that families should let the “gift of nature” heal children – which may be their only choice once her husband strips these families of their healthcare coverage. Ring of Fire’s Farron Cousins discusses this.

Melania Trump has been under fire for the last few days for statements she made while visiting a children’s hospital, saying something to the effect that let the gift of nature help to heal children and sick people across this country. Here’s the thing, we do know, there is scientific evidence that does support the fact that there are natural remedies for certain things within nature. Even being exposed to the outdoors has been proven to ease depression and help certain medical ailments. Now it’s not going to do anything to touch cancer. It’s not going to do anything to help with leukemia or diabetes, but that’s not the point.

While Melania Trump is visiting this children’s hospital talking about children’s health, she is ignoring the fact that her husband and the party that her husband is now at the head of is trying to strip healthcare coverage away from millions of children in the United States. If the current budget reconciliation bill that includes the tax subsidy repeals for the Affordable Care Act, if that goes through, we’re looking at four and a half million children in the United States who will instantaneously not have health insurance, four and a half million children. Eight million adults will immediately lose their ability to pay for healthcare coverage. That’s just the start. That is just from this one piece of budget legislation.

At the end of the day, once all this is said and done, and Republicans successfully repeal the Affordable Care Act, 13 million children in the United States will no longer have healthcare insurance. What is the gift of nature going to do for them? I’m not trying to demean what Melania Trump said. I know she said it with the best of intentions. It may not have come out completely clear, but the fact is that she’s out there talking to sick kids while her husband and the Republican Party is attempting to punish sick children for no reason. There is no reason to strip health insurance away from 13 million children in this country.

We’ve already seen a reduction in SNAP benefits, in Medicaid coverage. Now they’re trying to take away the Affordable Care Act too. It’s like the Republicans have some kind of war against children. For being the Pro Life party that seems to love kids as long as they’re in a uterus, they sure don’t give a damn about them once they’re born because they’re doing as little as possible to help. They’re trying to actually repeal the few helpful things that we do have in this country. I don’t understand it. I try to wrap my head around this. Why do Republicans hate children?

This story is not about what Melania Trump said, or how she said it or how anybody has misconstrued it. It’s the fact that she was speaking to sick children, trying to give them hope at the same time that her husband and the Republican Party were trying to take away hope from millions of children all throughout this country.