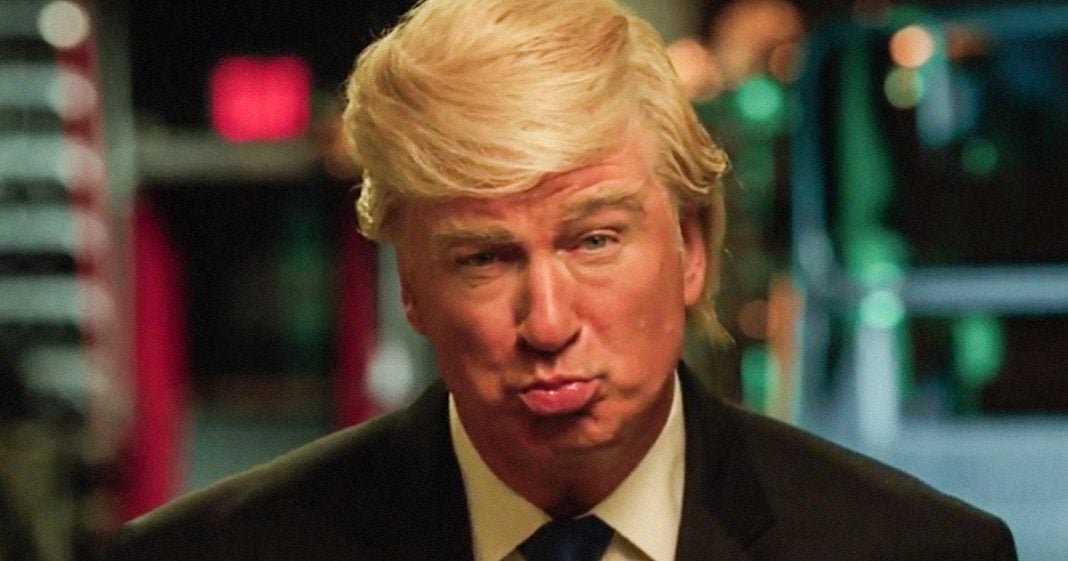 Donald Trump made it clear that he’ll be breaking with a nearly 100-year old tradition by skipping this year’s White House Correspondents’ Dinner.  In his place, actor Alec Baldwin is begging organizers to let him bring his Saturday Night Live version of Trump to the table, literally, to have some form of “Trump presence” at the event. Ring of Fire’s Farron Cousins discusses this.

Alec Baldwin really wants to bring his version of Donald Trump from Saturday Night Live to the White House Correspondents’ Dinner this year since Donald Trump has said that he will not be attending this event that’s coming up in April. Now, here’s the thing. The White House Correspondents’ Dinner has been a thing that the president has gone to since 1924. Donald Trump, this year, because he’s a big cry baby and the media’s not super nice to him, has decided that he’s not going to go. I don’t want to go. Everybody have a good time. I’m not going to be there.

If Donald Trump is so thin skinned that he won’t even attend this dinner, let’s push it to the limits. Let’s make him regret that decision. And that’s exactly what Alec Baldwin wants to do.