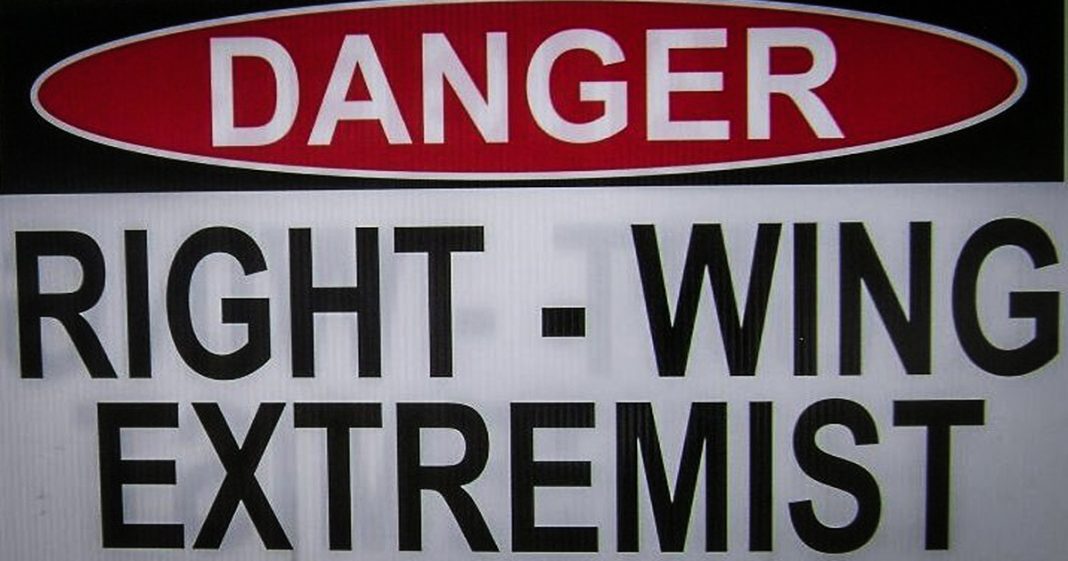 During his speech to a joint session of Congress this week, Donald Trump once again said that Islamic extremism is the greatest threat to the American public.  However, statistics show that the REAL threat to American citizens is coming from right wing extremist American citizens who have murdered more people than terrorists in the last decade. Ring of Fire’s Farron Cousins discusses this.

That’s what the right-wing wants us to do. They don’t want to focus on the fact that we have hateful right-wing Christians in this country killing American citizens based solely on ideological differences. Because that’s what it is. It’s the hardcore Christians that go and blow up an abortion clinic. It’s the hardcore right-wingers that walk into a church and kill African-Americans. It’s the hardcore right-winger that kills immigrants and tells them, “Get out of my country.” He says that as he’s shooting them. These are all things that have happened, and these are all things that are going to continue to happen until we take this issue seriously and admit to ourselves that the real terrorist, the real threat to our lives, are already right here in our borders. They’re inside this country. They’re citizens, and they’ve always been citizens. You’re pumping their heads full of hate. You, Donald Trump and Republicans, by insisting that Muslims are the enemy are putting it into the heads of these unhinged right-wingers that they need to go out and take care of this problem, and that’s what they’re trying to do.

People like David Duke, who spread hatred toward Jewish people and Black people. They’re inspiring violence against these groups of people. We’re seeing it right now with all the threats against Jewish centers. All over this country is hate, homegrown hate, normally brought by right-wing extremists. The FBI has said this, individual independent reports have said this. The only people not willing to say this are the Republicans who are telling us that we need to be afraid of Muslims, or we need to be afraid of immigrants, or we need to be afraid of dark-skinned people. Your the ones inspiring these hateful acts, and until you admit to yourselves that your followers are the real terrorists, this problem is never going to go away.