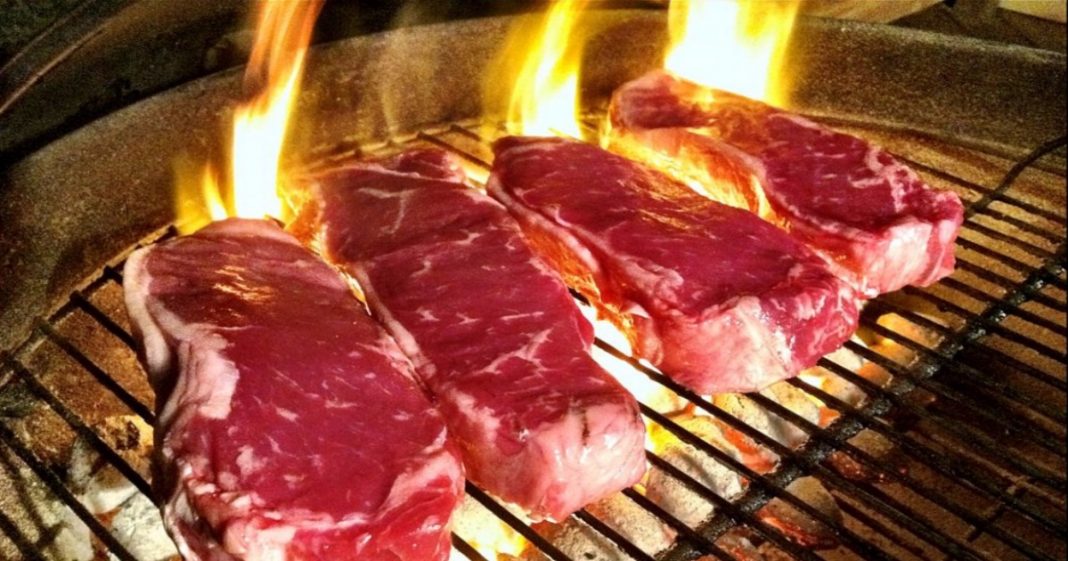 Iowa’s Senator Mark Chelgren claimed in his biography for the Iowa Senate Republican webpage that he earned a degree in business management from Forbco Management school. If you haven’t heard of that prestigious school, don’t worry – it doesn’t exist. Forbco Management was the owner of a Sizzler franchise. Sizzler, the restaurant chain, does not mention college degrees on their menu.

When questions first emerged about his biography, Chelgren was evasive. NBC reported that:

“In a telephone interview last week, Chelgren was vague about Forbco. He said it was located outside of Los Angeles and that he got his business degree ‘around ’88 or ’89. It’s going back a ways so I don’t remember.’ […] I don’t know if they are still in business or not,’ Chelgren said. ‘The school was created by Forbco Management, and I got a degree in hotel restaurant management.’

NBC pressed Chelgren to provide a copy of his credentials, but did not respond to those requests. So isntead, reporters investigated and found that Forbco’s training was not quite college-level.

Ed Failor, spokesperson for Iowa Senate Republicans, said that the course Chelgren took was, “kind of like Hamburger University at McDonald’s.” Failor said that Chelgren does not have a college degree and that the website has been updated to reflect that.

Chelgren also claimed to have studied for three years at “the University of California at Riverside majoring in astro-physics, geo-physics and mathematics.” But that university says Chelgren attended only for one year as a physics major. When questioned about THAT discrepancy, Chelgren then claimed to have an Associate’s Degree from “Riverside Community College.” No one at that institution, now named “Riverside City College” responded to efforts to verify Chelgren’s attendance.

When asked about the steakhouse snafu, Chelgren explained that when he reviewed the information for the site he didn’t think there was much difference between a management course at a value steakhouse and a four-year degree:

“I know they’ve changed that, because apparently a degree and a certificate are different. And I’m OK with their change, but there was never any intent at all to mislead anyone.”

Ironically, Chelgren recently sponsored legislation to ensure state universities offer balanced political views from their professors, citing his clashes with “liberal professors” as the impetus for the bill. The bill states that:

North Carolina lawmakers tried to slide a similar measure into a bill that would decrease the number of board members overseeing the state’s public universities. But that amendment never made it into the final version of the legislation.

With Federal cuts likely hitting state universities under the Trump administration, the steaks couldn’t be higher. So, hiring prime candidates, regardless of their political flavor, is absolutely crucial. Chelgren’s rare view on higher education led to the press grilling him over his credentials and peppering him with tough questions. Though he won’t face any official punishment, his reputation may never ketchup. While he can attempt to butter-up his constituents, this scandal may indeed point to his political career being well-done.