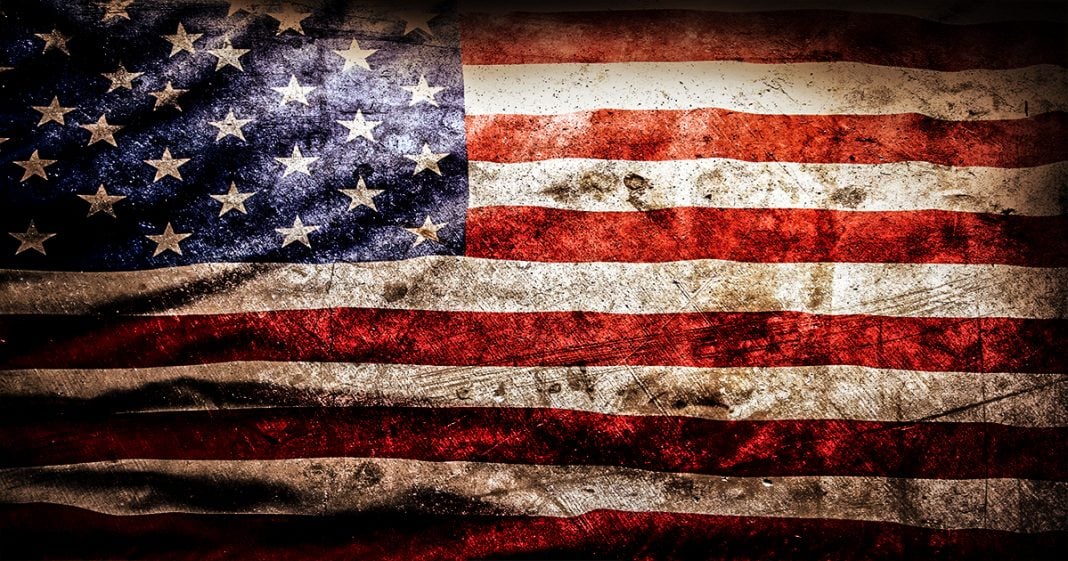 From Trump’s attacks on the media and the judiciary, to his administration’s constant stretching of the truth, the things we’re seeing coming out of our government are certainly not normal, and we all have to fight against the tyranny and oppression that the Republicans are attempting to impose. Ring of Fire’s Farron Cousins discusses this.

If you’ve been paying attention to the news for, I don’t know, the last four months in America, you kind of get the feeling that just things aren’t right. Well I’m here to tell you today that guess what? No. Things that are happening in the United States today are not normal and I am so sick and tired of hearing people trying to normalize or make excuses for the Trump administration for the things that they’ve done, for the things that they’re doing, because this is not normal. There is no precedent for this kind of corruption that we have seen in just a month and a half of this man being President of the United States.

Look at the number of potential crimes that have been committed by people in this administration. Kellyanne Conway going on TV shilling for Ivanka Trump. Donald Trump not releasing his tax returns so we can’t find out if there’s any kind of conflict of interest. Donald Trump going out there and telling us that everything is fine, signing executive orders left and right without any kind of oversight from Congress and without seeking approval or even recommendations from the direct agencies that he’s writing executive orders that they’re going to affect. We have Jeff Sessions lying under oath. We have Michael Flynn resigning because he lied.

This isn’t normal, folks, certainly not a month and a half into a presidency. Look beyond the White House too. Republicans in Congress are trying to take away your healthcare coverage for no other reason than it was created by a Democrat and it put a small tax on 400 wealthy families. That’s why they want you to lose your healthcare coverage. We’re criminalizing dissent. We have the FBI investigating Dakota Access Pipeline protesters. We have the Department of Justice requesting the social media account information of people arrested at the inaugural marches in Washington, D.C.

This isn’t normal. Anyone who makes excuses for the Trump administration, for the things that they’re doing, for what the Department of Justice is doing, for what the FBI is doing is lying to you and they’re lying to themselves. This isn’t how a normal, fully functional democracy or even country works, folks. This isn’t happening all around the globe. This is happening in Third-World countries and I guess that’s what we’ve become, because we’re just, for the most part, letting it happen.

I know there are millions of people out there that have taken to the streets since Donald Trump took office and that is necessary and we have to keep that up. It’s already died down a bit. But it’s the people out there who are still saying, “Well, let’s give him a chance.” “Well, Jeff Sessions didn’t lie because I’m going to misquote what he actually said, and bewww.” That’s not how it works. Jeff Sessions did lie under oath and he committed perjury. It’s there in black and white. You can watch the videos, and people are still out there making excuses. They’re out there making excuses for the Republicans on trying to repeal healthcare. They’re out there making excuses for Donald Trump. Stop it, because if you’re not out there fighting this, then you’re endorsing it and that is also not normal in American democracy.