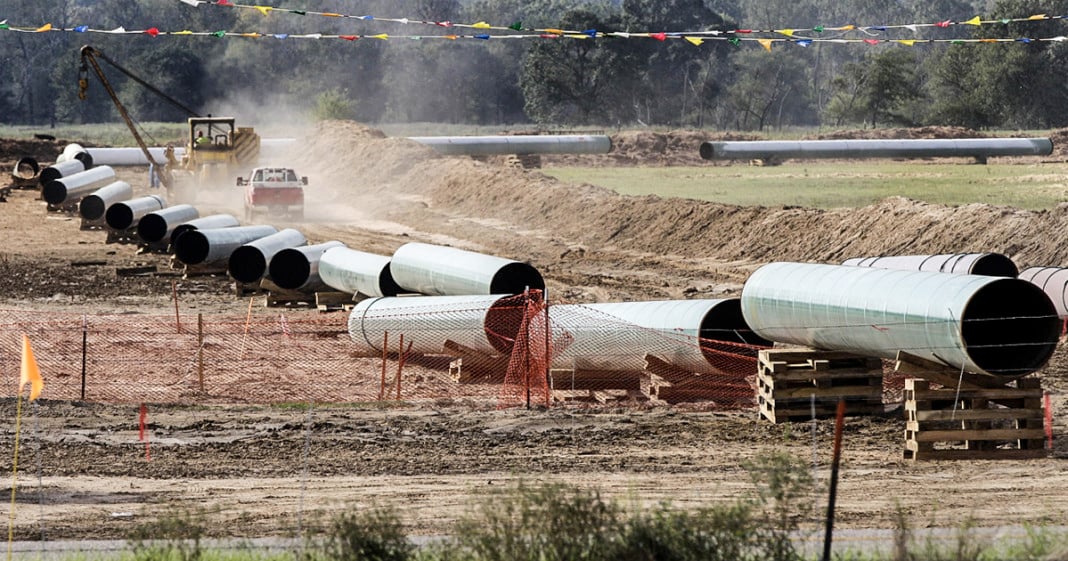 When President Donald Trump stood up before American blue collar workers and declared that all pipelines will be built with good, all-American steel, he apparently was not referring to the project he just approved – the zombified Keystone XL.

According to comments made by the White House this week published by Politico, the Trump White House is exempting the Keystone XL pipeline from its requirements to use American steel for seemingly no good reason at all.

From a White House Spokeswoman:

“The Keystone XL Pipeline is currently in the process of being constructed, so it does not count as a new, retrofitted, repaired or expanded pipeline.”

But despite having this stance on the Keystone pipeline, the President made another “American steel” soundbite in Tuesday’s address to congress, referring in the same breath to the pipeline that his new requirements were exempting.

This is just yet another instance in which Trump plays tough on corporations until he is faced with a particular corporation with a smooth-talking CEO. Talking billionaire to billionaire, the president often seems ready to compromise, and it’s the American people who foot the bill.

We saw the same thing play out a couple of weeks ago when the POTUS played tough on big pharma, declaring at his inauguration that he would do what was necessary to bring down the insane prices of pharmaceuticals. Unfortunately, when he met with pharma executives just days later, he emerged from the meeting offering a multitude of excuses for the pharmaceutical industry and making it clear that his tough talk was nothing more than lip service.

The message here is clear: the POTUS will say whatever he wants on a national stage, but when it comes time to meet with birds of his same feather, they will get what they want every time.