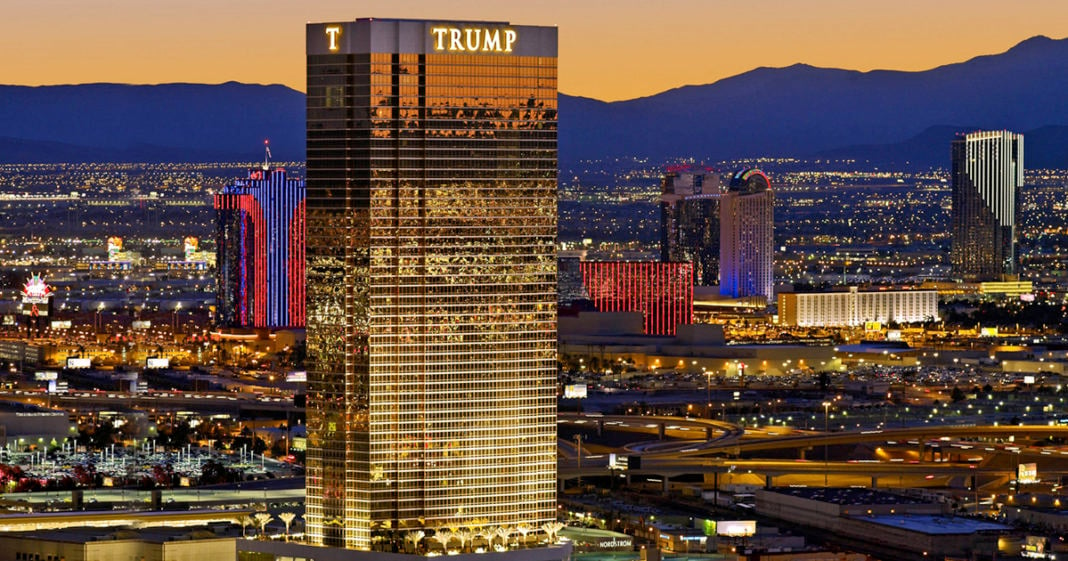 And so it begins.

Just over a month into his so-called presidency, still refusing to separate himself from his many business endeavors and the potential conflicts of interest that go along with them, Donald Trump’s real estate company sold a condominium to Chinese-American business executive Xiao-Yan “Angela” Chen for nearly $16 million. Interestingly, that particular condo was never officially listed for sale.

It just so happens that Ms. Chen is the founder and director of a consulting firm known as Global Alliance Associates, a “boutique business relationship consultancy for US companies seeking to establish a presence in mainland China.” Basically, any U.S. company that wants to successfully do business in the People’s Republic of China has to go through them. And although Trump has resigned from the board of directors of Trump Park Avenue LLC through which the sale was made, he remains the owner of the company – and has definitely profited from the deal.

To quote Shakespeare’s King Claudius in Hamlet, “…it smells to heav’n.”

Following that stench, one finds that Global Alliance Associates’ affiliates include the U.S. Chamber of Commerce, the U.S. Trade & Development Agency, the U.S.A.-China Chamber of Commerce and the U.S. China Business Council. What this means in no uncertain terms is that the President is making money off of someone whose company works with agencies of the United States Government.

Ms. Chen was contacted by the New York Post about the purchase, but during the short phone conversation, insisted that she was “not comfortable” with discussing the deal – or how it might help her company.

Now, to be fair, Ms. Chen has been living at Trump Park Avenue for several years. She took up residence in a smaller unit on the fifth floor in 2004 that she then purchased for $3.6 million. She says she is moving into the four-bedroom, six-bathroom, 4200 square-foot because she needed “additional space.” Nonetheless, the sale has put a lot of money into Trump’s pocket. Are we to believe this absolutely will not affect any of his actions or decisions as President?

Two days after the inauguration, Citizens for Responsibility and Ethics in Washington (CREW) filed a lawsuit against Trump on grounds that he is in violation of the “Foreign Emoluments Clause” of the U.S. Constitution, which makes it illegal for a sitting President (or anyone else holding government office) to “accept any present, emolument, office or title of any kind whatever from any King, Prince or foreign State” without Congressional approval. That, by the way, is not the same as Congress turning a blind eye to such shenanigans, which is the best we can expect from the most corrupt GOP Congress since the 1920s. Now that this shady deal has come to light, CREW may be joined by the ACLU (albeit over a slightly different issue).

One thing is certain: whether he wants to acknowledge it or not, the  business interests from which Trump refuses to separate himself cannot help but influence his decisions and actions as the nation’s chief Executive. Between lawsuits from citizen organizations and ongoing attempts by Congressional Democrats to force Trump to either divest himself from his business interests or face impeachment, this issue will not be going away.