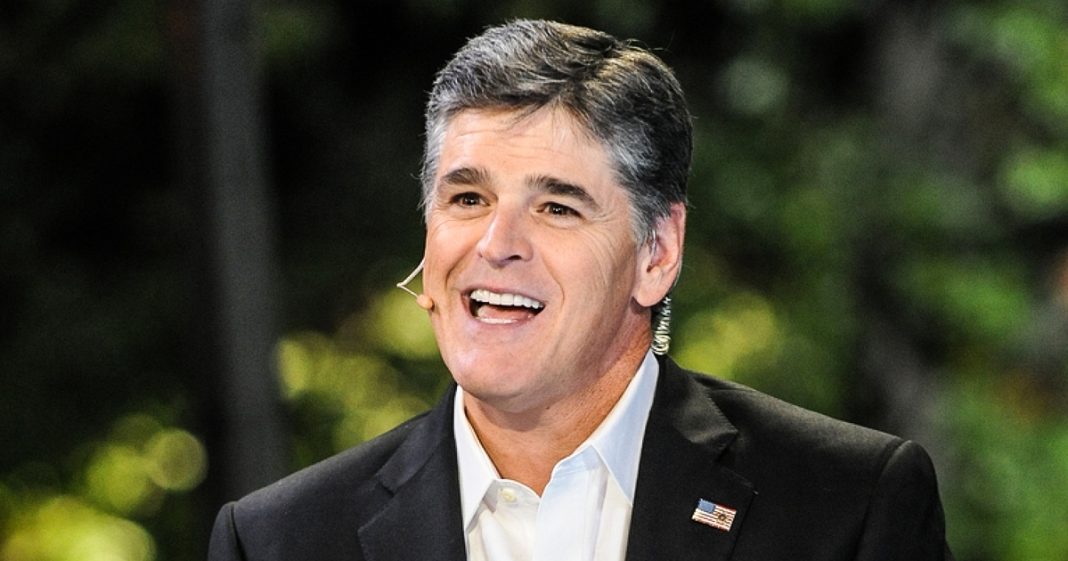 Sean Hannity is living in his own reality where Republicans never had anything negative to say about the Obama family.  This is obvious not the reality that the rest of us live in, where we were subjected to the constant attacks from the GOP about Michelle Obama’s healthy foods initiative, her bare arms, and other ridiculous attacks on the first family. Ring of Fire’s Farron Cousins discusses this.

On his radio show earlier this week, Sean Hannity took the time to inform his listeners, or I guess I should say, remind his listeners, that during the Obama years, nobody on the right, not Republicans in office, not Republicans at the local level, not anybody in the right wing media. None of these people ever were mean to Michelle Obama, Shasha, or Malia Obama. Sometimes even President Obama. According to Sean Hannity, during the entire eight years of the Obama Presidency, everyone on the right was just so super nice to the entire Obama family. Now here’s the reality of what happened during those eight years, in case you don’t remember.

Back in 2013, Sean Hannity, himself, was forced to apologize for promoting a false story that taxpayers were funding Sasha and Malia Obama’s spring break trips to extravagant locations across the globe. That wasn’t true. Or, how about the time when Michelle Obama wore a sleeveless dress and Republicans went crazy about her arms. That was a story. They attacked Michelle Obama for her healthy school lunch initiative, wanting to get people to eat better. They thought that was bad. They thought that was somehow socialism. Michelle Obama was coming to take away our junk food and our sodas. Remember that?

The truth is, there wasn’t a single Republican, whether an elected official or somebody in the right wing media, that was ever nice to the Obamas. Certain not President Obama and definitely not his family, so I don’t care what Sean Hannity says. The facts in this case do not add up. They were a bunch of assholes to these women and children, for the entire duration of President Obama’s time in office. And, you know what? Turn-about is fair play, and that’s what Sean Hannity was trying to preempt here. Trump’s Family continues to screw up and these are grown adults, who are either advisors to the administration.

One of them is acting as First Lady, so yeah, they’re open to criticism when they screw up. That’s not off-limits, but when you’re attacking children and just making up lies about them going on some kind of wild spring break bender, that the taxpayers are paying for, that’s crossing the line. When you start attacking the First Lady’s appearance, only because she’s not the same color as you, that’s crossing the line. And, that is exactly what Republicans like Sean Hannity, and Rush Limbaugh, and Glenn Beck did for the entire eight years of President Obama’s administration.

No. They were not nice. They weren’t pleasant. They weren’t even civil towards this family and they deserved more. Because, regardless of what you think about President Obama’s Presidency, about his legacy as President, that was a dammed good family that we had in the White House, something we haven’t seen in a very long time in American history.