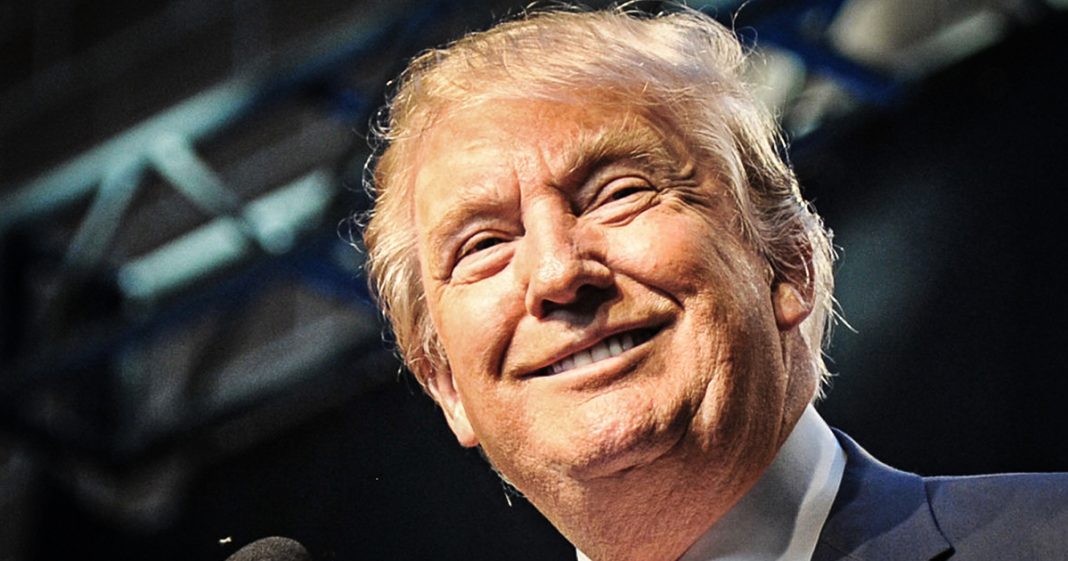 Donald Trump has signed an executive order that will force the EPA, now helmed by pro-fossil fuel nut Scott Pruitt, to rewrite Obama-era rules that protected more than 60% of the bodies of water in the United States, including many that are used for drinking water in areas.  I guess we’d better start evolving to be able to drink oil, because that’s all this administration cares about. Ring of Fire’s Farron Cousins discusses this.

Donald Trump decided earlier this week that Americans do not need clean water. He signed an Executive Order that would repeal an Obama-era rule that protected more than 60% of the bodies of water in the United States. Now, this particular rule is the one that Republicans have been saying for years means the government can regulate puddles, or small ponds, or little trickle streams running through the forest.

That is not true. 60% of the bodies of water in the United States were protected under this rule from corporate pollution, from run-off, from fertilizer, from everything that could be harmful, not just to the organisms living in that water, but to the aquifers that these rivers and lakes feed that then get consumed by American citizens. That’s what the Obama administration was trying to protect us from. Now, because of Trump’s Executive Order, you get to have even dirtier water.

His Executive Order specifically directs the EPA, which is now led by that nut job Scott Pruitt, who is squarely in the pocket of the fosse fuel industry, it’s going to allow Pruitt to rewrite the rule essentially making it null and void, saying that we do not have to enforce these. These are optional. We’re going to raise the limits of what’s considered acceptable levels of pollution. Things like that.

Again, I’ve said this many times and this is a story that too few people are paying attention to in the United States. We have thousands, thousands of areas across this country where the levels of lead in the water are actually worse than they ever were in Flint Michigan. That’s just lead. We also have unacceptable levels of mercury, arsenic, cadmium, all kinds of other chemicals that permanently screw with the body’s development, with brain development, with fetal development.

You know, Republicans for being the pro-life party, sure don’t give a damn about protecting a fetus from dirty water that the mother drinks or that the mother uses to make formula for a newborn child. They don’t care. That’s the only way to say it anymore. Republicans don’t care about you. I wish more people would wake up to that reality. No sane, sensible person would say, “Let’s give the American public dirtier water.” But, that’s what Donald Trump did this week.

If you support him, if you defend him, if you normalize him, you’re saying, “I don’t give a damn if my children or your children or any children drink poison, because that’s what this Executive Order does, and that’s what we’re allowing to happen in city after city, coast to coast, here in the United States. We’re giving our children, we’re giving our grandparents, our parents, ourselves, poison every time we fill up a bottle of water and Donald Trump just signed an Executive Order to make it worse.