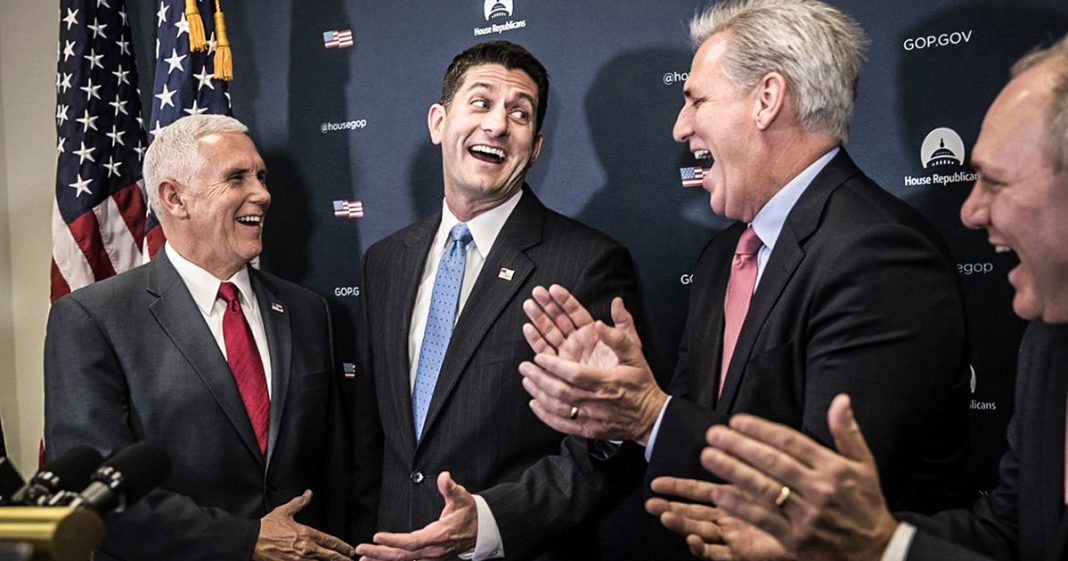 The Republicans claim that they have a draft of a new healthcare plan, but don’t get too excited – according to House Republicans, the only people allowed to see the legislation are…House Republicans.  Yeah, that sounds like an amazing plan. Ring of Fire’s Farron Cousins discusses this.

The day most of us have been waiting for is finally here. House Republicans have released a draft report of the replacement plan for the Affordable Care Act, but there’s a catch. According to House Republicans, the only people allowed to actually see this legislation are House Republicans. If you don’t happen to be somebody who was elected to the US House of Representatives as a Republican, you don’t get to know what’s in this piece of legislation. Now Paul Ryan just one day before it was announced that only Republicans could look at the bill came out and said, “We’re going to do this transparently. We’re going to do it with the full view of the public. Everybody’s going to be able to see this and have some input maybe. That’s how we’re going to do this.” 24 hours later, they come out and say that, “Only Republicans are allowed to see this and only Republicans in the House, but trust me it’s totally an awesome bill.”

That’s basically what’s happening right now. The reason, the only logical reason, why they do not want us to see this piece of legislation is because it’s going to screw over American consumers who desperately need the protections of the Affordable Care Act. If it was a decent piece of legislation, if it was something that they were proud of, not only would they release it to the public, hell, they’d probably take it home to their moms and have them pin it up on the refrigerator, but it’s not. It’s a piece of garbage that they only want other Republicans to see, so they can make the decision in closed doors meetings so nobody else knows what the hell is going on. Then eventually, they’re going to plop it in front of the full House and say, “Up or down, yes or no, vote.” They have the votes. It’s going to pass. Democrats are helpless at this point.

If we don’t know what’s in that legislation, how are we supposed to make it better? How are we supposed to make our voices heard? How are we supposed to tell our members of Congress that we don’t support that as the American public, as your boss? We’re the ones who put you in office and we can vote you out in 2018 if you screw with us, but that’s not what the Republicans want. They want a piece of legislation that’s got to be an even bigger giveaway to big Pharma, a giveaway to the health insurance industry, and most importantly a giveaway to the top 1% who are going to see their taxes go down as a result of this new Republican legislation. I can promise you, there is most likely nothing good in this bill that the Republicans are mulling over behind closed doors. There’s nothing to be proud of, there’s nothing to be optimistic about, because if there was, every American citizen would have access to this bill right now.