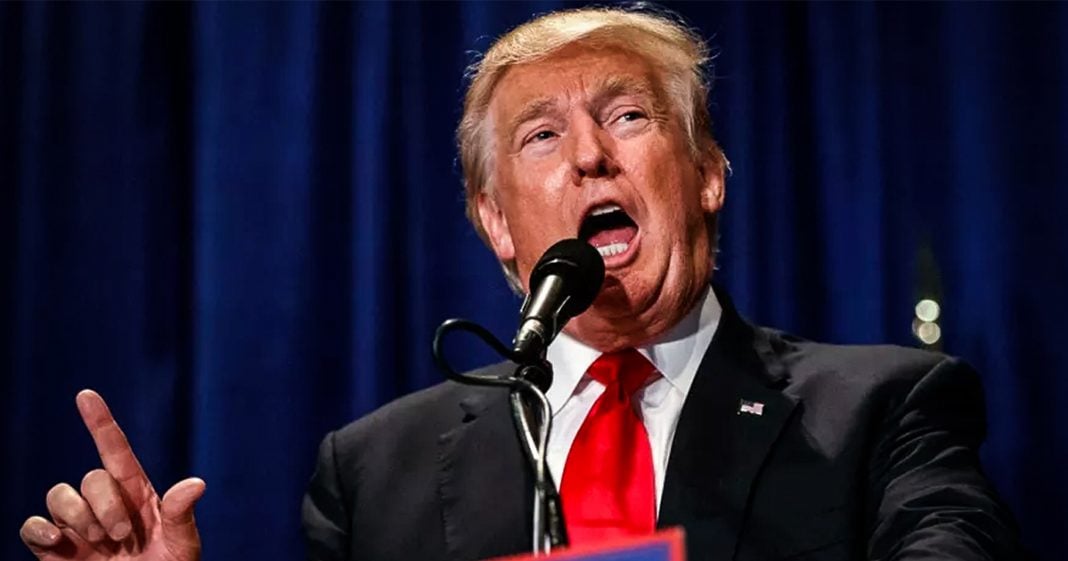 After the election, the Trump transition team was supposed to provide ethics training for cabinet appointees and staff, but a new report shows that they simply cancelled this training because they believed it was too costly.  No wonder this administration is finding itself on the wrong side of the law so frequently.  Ring of Fire’s Farron Cousins discusses this.

In case you’re wondering why it seems like there’s always at least somebody in the Trump Administration pushing the limits of what’s legal and acceptable for a member of the president’s administration, there is a possible answer. According to documents obtained by Politico, it turns out that the Trump transition team, after the 2016 election, opted to not have their staff and their cabinet appointees go through ethics training.

Now, the ethics program in question was created in 2000. George W. Bush went through it in 2000. Borak Obama went through it in 2008, along with all of their appointments and staff members, to make sure that these people understood what was legal and what was not, what was ethical and what was unethical. No, don’t tell that to Donald Trump and his team. They know better, so they opted to not go through this training, because according to them, it’s a little too costly.

That’s a BS excuse and everybody knows it. The fact is, they don’t want to be told what to do. They don’t want to know if what they’re wanting to do is illegal or unethical. They don’t care, because they’re going to to do it anyway. At least this way it gives them the clearance to say, “Well, we didn’t know. We weren’t trained. We weren’t told.” Yeah, but you’re not telling the public that you opted out of that training, because you don’t care.

Here’s the thing. You had the opportunity to educate yourself, and now the public knows that. This, “We didn’t know,” coverup nonsense BS story you’ve been peddling since the day you took office isn’t going to fly anymore. You are probably the most unethical administration that I’ve seen in my lifetime. And you opted to not even go through a simple little course to explain right from wrong. You need it more than anybody. Even the war criminals in the George W. Bush Administration went through the ethics training. Did it change anything they did? No. But at least they had the guts to go to it, go through it, understand it a little bit, and then ignore it.

The Trump Administration just said, “The hell with it. We don’t care about ethics. We’re just going to do whatever the hell we want anyway.” That’s why this administration can’t go more than a couple days without some sort of massive scandal erupting with Democrats calling for the head of members of the Trump Administration, because these people simply cannot stop themselves from breaking the law.