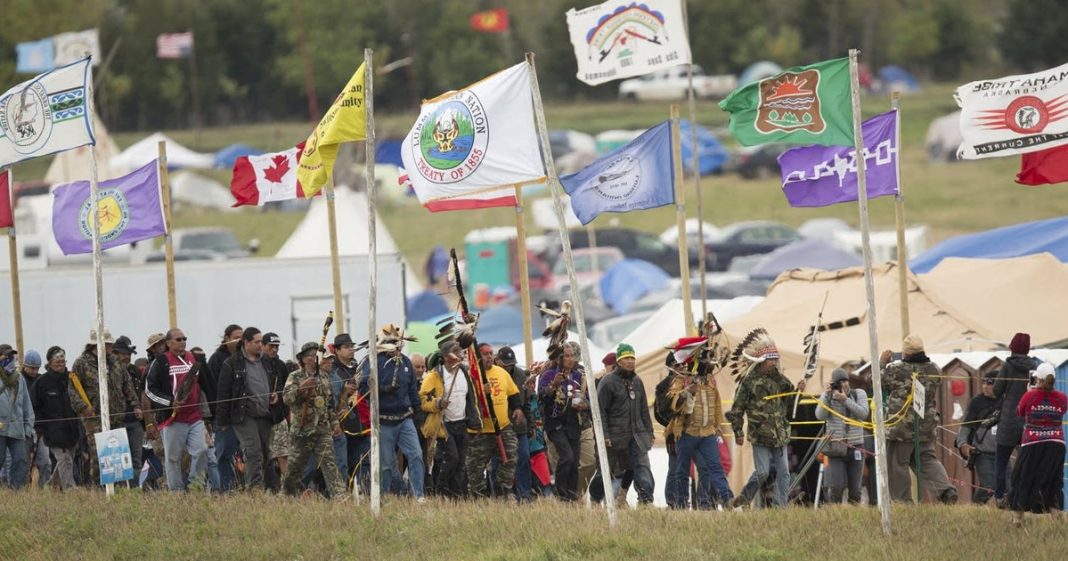 According to a report by The Guardian, the FBI attempted to contact at least three Standing Rock protesters in recent weeks. Officers showed up at the homes of the protesters attempting to get them to voluntarily consent to an interview. The JTTF investigators did not have a warrant or a subpoena and all three activists declined to cooperate.

Because the FBI has refused to comment on the attempted questionings, we are not sure about the JTTF’s intent. But it is still extremely alarming that a federal agency concerned with preventing terrorism would need to interview protesters. In his letter, Franken says that he is, “concerned that the FBI has opted to view civil rights activism through a national security lens.”

Police painted the actions of the protesters at Standing Rock as dangerous, but Sen. Franken said that the real danger came from law enforcement. Franken was critical of situations where, “water cannons were deployed for crowd control in sub-freezing temperatures – a tactic I described as dangerous and excessive.” Sen. Franken has asked that the FBI explain their actions at Standing Rock by April 20th.

While this investigation came under Trump’s presidency, The Intercept points out that the JTTF also tracked Black Lives Matter protesters as they congregated at the Mall of America in Minnesota in December of 2016. Despite emails between police and the JTTF detailing the time and place of a BLM rally, the FBI denies they were working the case. An FBI spokesman was quoted as saying,

“As for any ‘FBI interest’ in the Black Lives Matter campaign, the FBI had none,” [and] “makes certain its operational mandates do not interfere with activities protected by the First Amendment to the U.S. Constitution.”

The FBI has a recent track record of over-reaching acts against activists. In 2010, the Department of Justice Inspector General detailed in a report that the FBI unfairly targeted “Domestic Advocacy Groups” in investigations. The report said that the FBI went after organizations like PETA, Greenpeace, the Quakers, and The Catholic Worker by turning simple trespassing cases into possible “Acts of Terrorism.”

Allegations, like these against the FBI, continue to raise questions over security agencies’ unilateral power to conduct investigations, especially those with political motivations. When the FBI applies pressure to activist groups through aggressive interviews and investigations, they are influencing the policy of our country, which is outside of the scope of their work. Their actions against domestic protesters only serve to build distrust. I’m sure the public would rather the FBI and CIA concentrate on real threats to our nation’s security, like ISIS, and leave the Quakers alone.