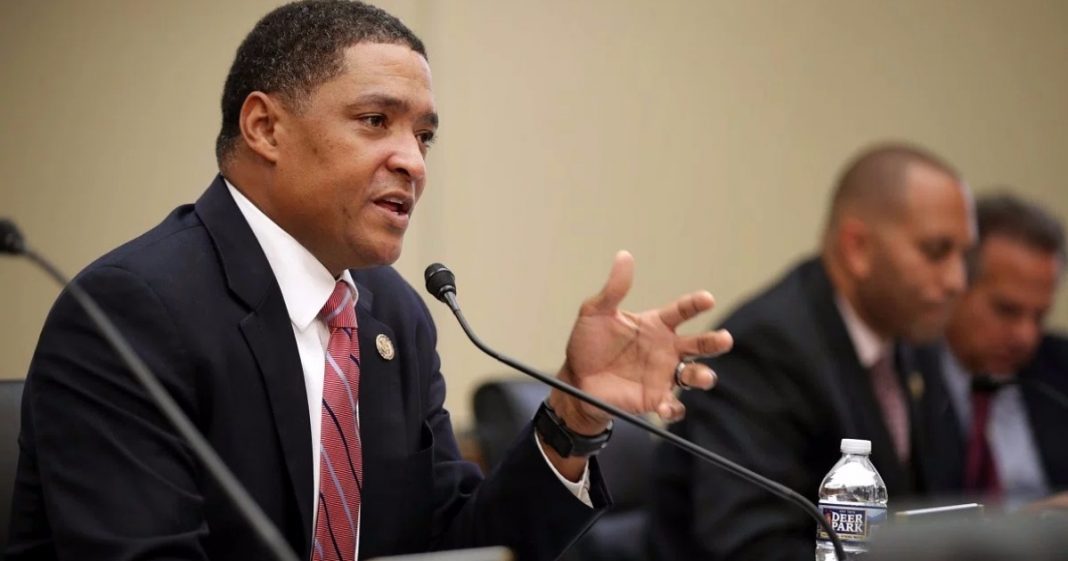 On Wednesday night, a Democratic Congressman engaged in out-of-place and highly inappropriate behavior when he made a sexist and sexual joke about Kellyanne Conway concerning her couch-crouching gaffe during remarks he made at the Washington Press Club’s annual congressional dinner.

While we would normally expect this sort of thing from the GOP, Louisiana Democrat Cedric Richmond joked – much to the audience’s outrage – that Conway’s stance in the photograph reminded him of another political woman who knelt in the Oval Office: Monica Lewinsky.

“You even mentioned Kellyanne and the picture on the sofa. But I really just want to know what was going on there, because, I won’t tell anybody. And you can just explain to me that — that circumstance, because she really looked kind of familiar there in that position there. But don’t answer. And I don’t want you to refer back to the ‘90s.”

Richmond was not the only person to make the tasteless reference in response to Conway’s moment of indiscretion, but for an elected official to lodge such a sexist attack against a government official is below him and hurts the Democratic party’s resistance against the administration.

Notably, the audience was not amused by Richmond’s comments, according to the Washington Post.

Congressman Richmond has not yet responded to comment regarding the story, nor has he issued any sort of apology for his remarks. Considering that his most recent tweet celebrates Women’s History Month, the congressman should truly think deeply about the comment he made about Conway.

This example is an important lesson for Democrats, progressives, and the rest who speak out against far-right extremism and this administration: you are not allowed to engage in sexism, even if it is against the “other side.”

For one reason, it means that liberal publications like this one must spend their time calling out the sins of a Democrat rather than focusing on more vital issues.

But therein lies the rub: if we allow our standards on issues like sexism and racism slip while attempting to fight against other injustices, we will find that we alienate the very people we need the most. And if you’ll make sexual jokes about the women you don’t like, how are liberal women to trust that you won’t do the same about them when they’re out of sight?

As I once tweeted,

Please don’t make me waste precious time defending Melania from your sexist attacks when I could be spending my time attacking Trump.