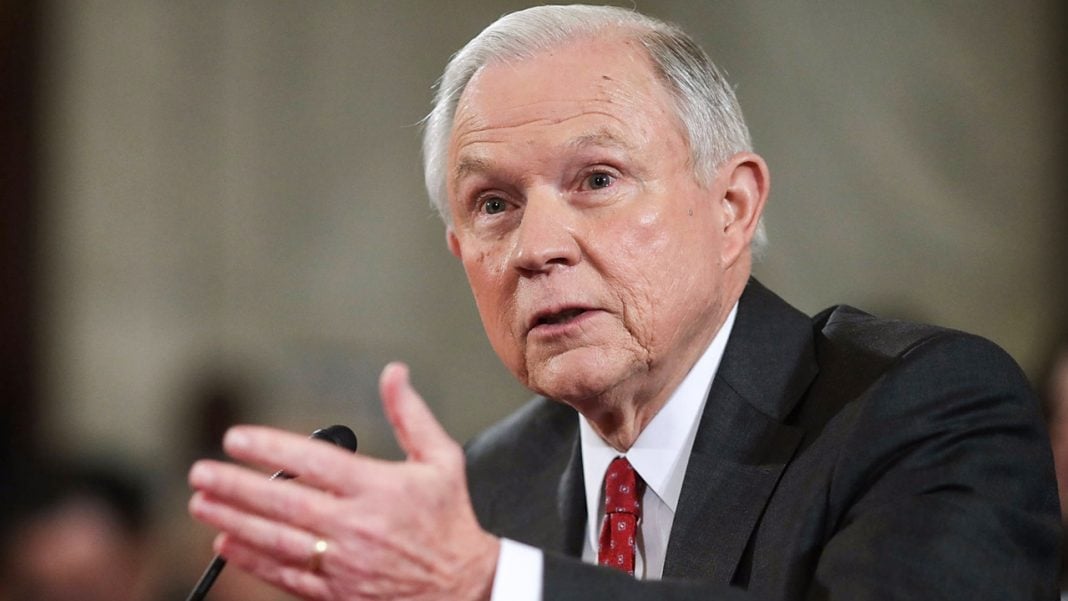 On Wednesday evening, Donald Trump’s performance high from his successful address to Congress was brought to a screeching halt when news broke that Attorney General Jeff Sessions had spoken to Russians during the election and lied on it under oath during his confirmation hearing.

According to a Washington Post report, Sessions spoke with the Russian Ambassador twice in 2016 during the presidential election. While that is scandal enough in itself, the true crime here is that Sessions said under oath during his Senate Confirmation Hearing that he had not spoken to any Russians during the election.

“I did not have communications with the Russians,” he said. And yet, it appears that he outright lied. The consequences appear serious and severe, and many in office and outside of it are calling for Sessions to resign and even face criminal charges.

The ACLU, issuing a statement on Thursday morning, called for Sessions to be investigated for potential perjury, saying that the issue is not partisan, but “goes to the heart of the credibility of our democracy.”

“Jeff Sessions took an oath to tell the truth, the whole truth, & nothing but the truth, & it is now clear that he broke that oath”

House Minority Leader Nancy Pelosi is also calling for Sessions to resign because of his perjury, saying he is “not fit to serve.” Similarly, Senate Minority Leader Schumer also called for the A.G. to step down and be investigated, though he would not outright accuse the A.G. of perjury.

If Sessions does step down or face an investigation, it will be yet another blow to the Trump administration that has already dealt with and passed another scandal in which his NSA director Michael Flynn was forced to resign for similar charges.

Many are attempting to deflect this story by claiming that there is no crime in speaking with Russians, especially in an official capacity, but the fact that Sessions lied about whether or not he communicated with the Russian Ambassador is telling.

Of anyone else, we hold the United States Attorney General to an exceedingly high level of scrutiny and esteem. if we cannot trust the head of our justice system to tell the truth under oath, how can we expect anyone else to respect the rules?