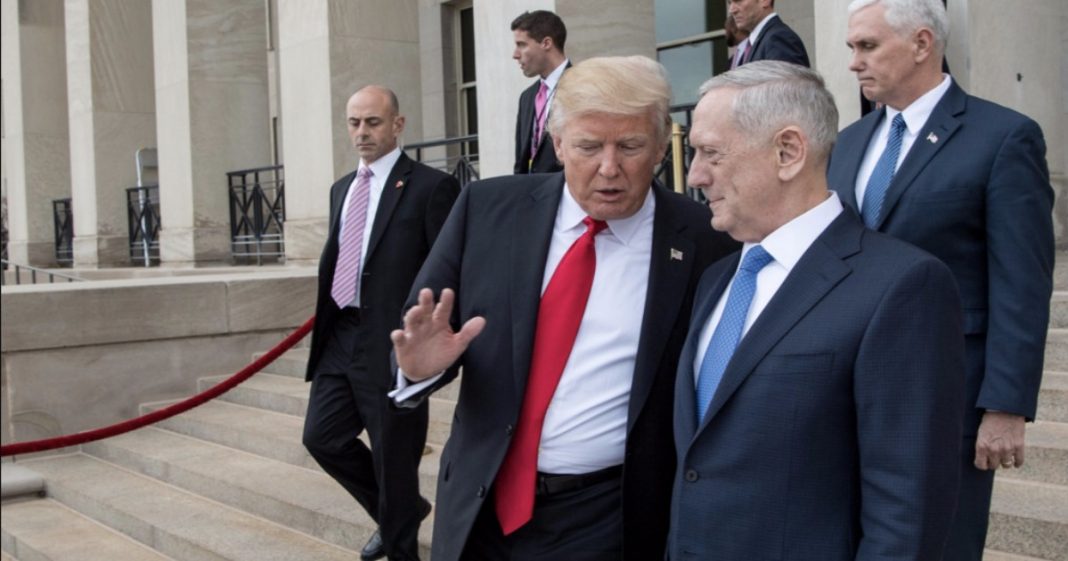 According to reports, President Trump plans on giving greater freedom to the military to launch raids and attacks outside of declared war zones. Multiple sources told The Daily Beast that the Commander-in-Chief plans to hand over more authority for anti-terrorist actions to Secretary of Defense Jim Mattis.

Under President Obama, such actions had a slow but deliberate approval process. SEAL teams and drone strikes in ISIS hotbeds would require direct approval from the POTUS. But Trump seeks to speed up the actions by cutting himself out of the loop.

While this may allow the military to act quickly to counter the fluid actions of terrorist groups, it can also lead to rushed missions, like the one in Yemen that saw the death of Navy SEAL Senior Chief Petty Officer William Owens. President Trump honored Owens’ widow during his address to Congress on Tuesday night. The President has squarely placed the blame for the ill-fated raid on the military.

Under President Obama, Mattis had broad authority on many military operations as the head of Central Command, but only in certain circumstances. Now, critics worry that giving too much authority to the Department of Defense may lead to dangerous raids that offer little in the way of military or intelligence value, while putting American lives in harm’s way.

These reports come as the White House is proposing a budget that carries massive increases in military spending, which would likely mean cuts for diplomatic avenues. This week, over 120 retired military generals signed a letter to Congress asking them to ensure that crucial funding for the Department of State and other non-military departments is secure. The letter even quoted Mattis, “If you don’t fully fund the State Department, then I need to buy more ammunition.”