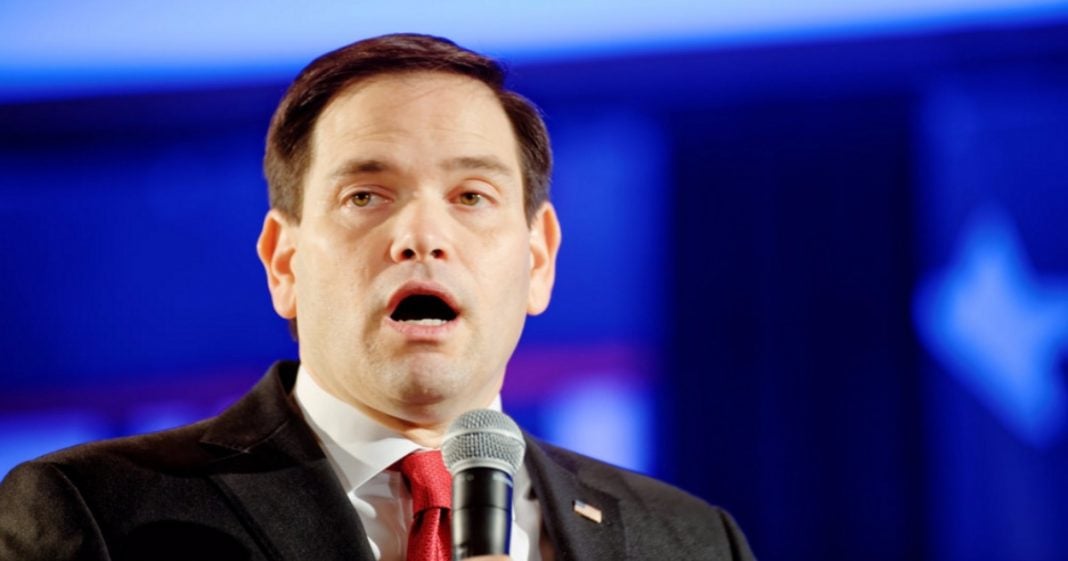 Florida’s Marco Rubio dodged meeting with the public during his week off from work in the Senate and is now facing the ire of his jilted constituents. Claiming that protesters would “heckle and scream” at him during the meetings, the Senator faced growing frustration from activists across the state for his absence. In fact, protesters in Tampa have grown so persistent that Rubio was kicked out of his office there.

The owner of Tampa’s Bridgeport Center declined to renew the Senator’s lease in the building, citing the ongoing protests. Other tenants have found the protests disruptive and a risk to security. Jude Williams, president of America’s Capital Partners who owns the building, told The Tampa Bay Times that,

“a professional office building is not a place for [protests]. I understand their cause, but at the end of the day it was a security concern for us.”

Similar protests are causing headaches for Rubio across the state, with over 100 protesters showing up outside at his Orlando office this week. But Rubio has continued to view the protesters as “rude and stupid – on both sides.”

Senator Rubio cited a protesting guide published by the activist group Indivisible as a justification for not holding public discussions, as he explained to CBS4 in Miami,

“According to the document, they get there early. They take up all the front seats. They spread themselves out. They ask questions. They cheer when the questions are asked. They are instructed to boo no matter what answer I give. They are instructed to interrupt me if I go too long, and start chanting things. Then at the end they’re also told not to give up their microphone when they ask questions. It’s all in writing, it’s in this Indivisible document.”