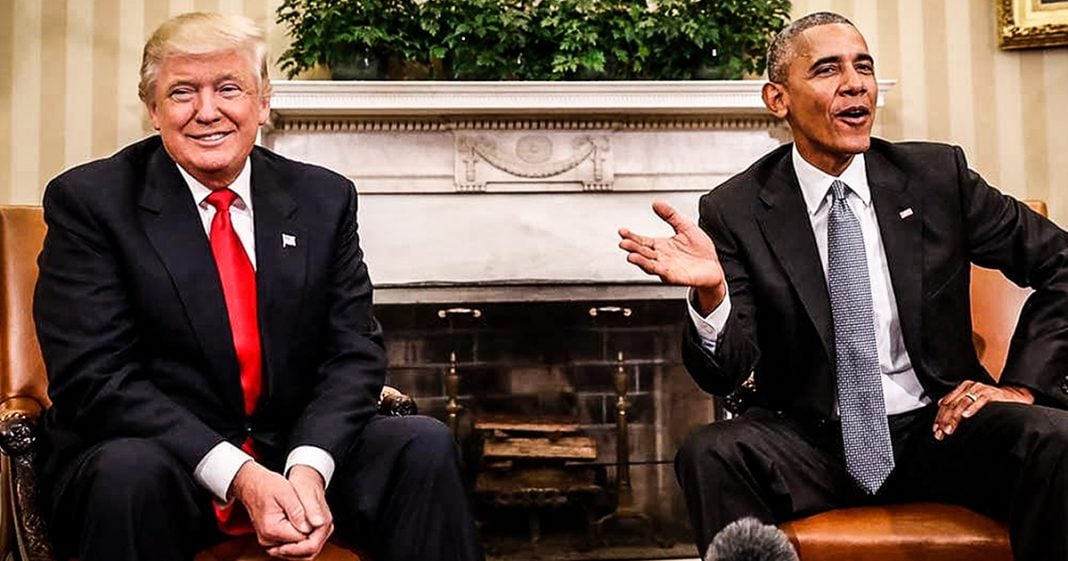 Things just keep getting weirder inside the Trump administration, and during a recent interview, Trump went as far as to say that he believes former president Obama is behind the leaks in his administration, as well as the protestors who are showing up at Republican town hall meetings.  Meanwhile, he’s stealing credit for everything that has happened as a result of Obama’s policies.  It’s going to be a long four years. Ring of Fire’s Farron Cousins discusses this.

During an interview with Fox and Friends this week, Donald Trump announced that he knows who was behind all of the leaks within his administration. As it turns out, according to Donald Trump, the cause of the leaks is former President Barack Obama. That’s right, somehow Barack Obama still has access to everything Trump is doing, and he’s the one leaking this information from the intelligence agencies, at least that’s what Donald Trump believes. Furthermore, when he’s not busy leaking all of the information about the Trump administration, Barack Obama is also somehow organizing all of these liberals who show up at Republican Town Halls.

Now, I don’t know exactly what President Obama has been doing since he left office. I assume he’s probably taking a little bit of time off. I do know that he is not leaking information from inside the Trump administration itself, nor is he really involved in anything that has anything to do with people showing up to protest Republicans at Town Hall meetings. What’s happening right now is Donald Trump is grasping at straws trying to come up with some kind of explanation as to why his administration is falling apart after only five weeks in office.

If Trump can’t look in the mirror and understand that his administration, that he is the problem, then there’s no helping him. There’s no rationalizing with this kind of person. Things are going to continue to get screwy until they realize that they have to clean themselves up in order to move forward.