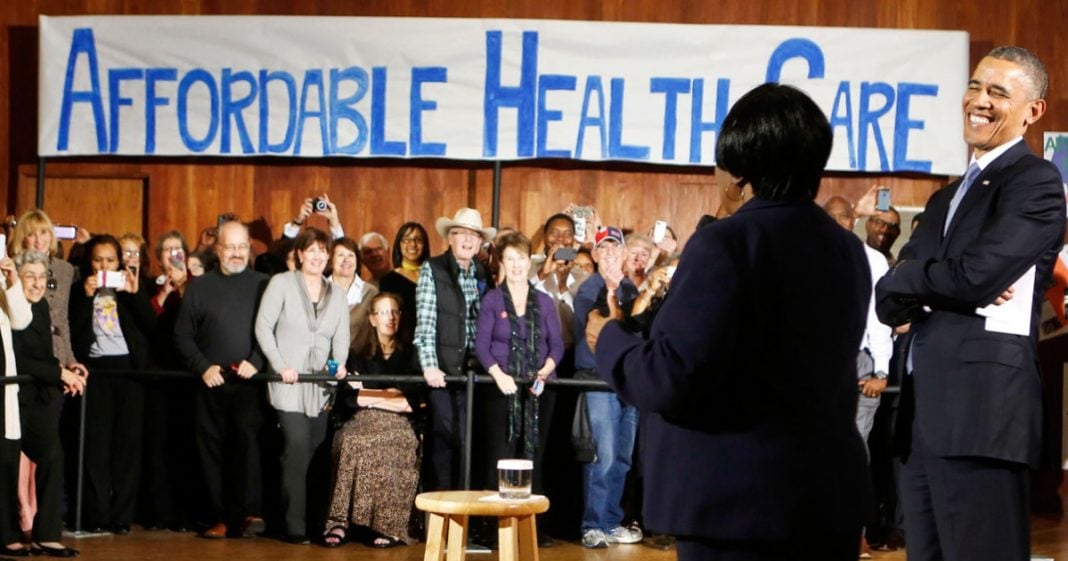 This week, while President Trump was scratching his head wondering why health care had to be “so complicated,” the Rachel Maddow Show published a piece on its website about the GOP’s proposed “replacement” for the Affordable Care Act.

The bill they’ve come up with holds no surprises; as usual, it would give the wealthy huge tax breaks, while screwing everyone else by cutting subsidies, instituting “high risk pools,” allowing denial of coverage because of “pre-existing conditions,” and taxing employer health plans. Obviously, if the GOP succeed in their repeal of the ACA, it will mean chaos – but what exactly will the specific consequences be?

The Economic Policy Institute has been studying this issue carefully, and the picture presented is a dire one. Almost 30 million Americans would lose their health coverage – but that’s just the tip of the iceberg. Repeal of the ACA would also cost the country 1.2 million jobs – and not only in the health care industry.

One of the most obvious effects would be that American families would suddenly see their health care costs skyrocket, taking away money needed to pay for housing, food, clothing and other basics. That’s where many of those jobs would be lost. It should be noted that based on studies, 75% of the jobs created by Medicaid expansions under the American Recovery and Reinvestment Act of 2009 were not medically-related.

Another loser would be the insurance industry. Should the individual mandate be eliminated, as many as 4.3 million people would simply drop out of the system, which could cause insurers to lose as much as $3 billion – and guess who would wind up picking up the tab for that? Chances are that without the individual mandate in place, most insurers would simply leave state Marketplaces, tax credits and subsidies notwithstanding.

Vice President Mike Pence describes the ACA as a “nightmare” that is “about to end.” But let’s take a look at that “nightmare”:

The ACA is not perfect, nor is it as effective as the single payer systems enjoyed by citizens in most other industrialized nations. However, it has gone a very long way toward fixing a corrupt, dysfunctional system that allowed too many people to go bankrupt or die for inability to pay for medicines and health care services.  But more than that, it has saved the country a great deal of money.

It is no secret that the GOP are completely devoid of any sort of compassion, but this isn’t just about compassion and caring for one’s fellow human beings (though it should be); This is also about dollars and cents. One would think that the Republicans in Congress would understand that much, at least.