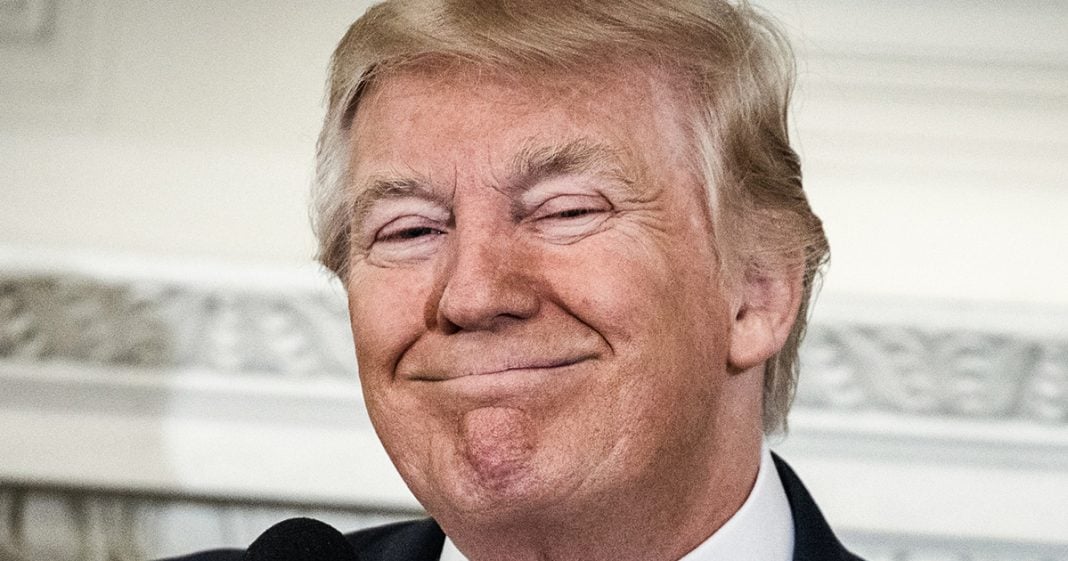 229 Republicans in the US House of Representatives voted down a Democratic-sponsored bill that would have forced Donald Trump to release his tax returns to the public.  This vote shows that Congressional Republicans are not willing to stand up to Donald Trump, and should give those angry voters at their town hall meetings something else to question GOP members about. Ring of Fire’s Farron Cousins discusses this.

Yesterday the US House of Representatives voted on a measure put forth by Democratic representative, Bill Pascrell from New Jersey, which was an attempt to enforce a law from 1924 that would have forced Donald Trump to release his tax returns to the House Ways and Means Committee, which would have then made them public. However, 229 out of the 238 or 39 Republican members of the House of Representatives, 229 of them voted against this measure effectively killing it, and effectively shielding Donald Trump’s tax returns from the eyes of the American public.

Now Donald Trump broke with decades of precedent and tradition by refusing to release his tax returns when he was running for President. Something that he said back in 2014 “That if I ever ran for President, I would surely release my tax returns.” He lied to us about that. We have that lie. It’s on record. We can verify that. He told us in 2014 he was going to release, and then he tells us now that he’s not going to release them.

There is only one reason why he wouldn’t want to release them. Because there’s information in there that could possibly implicate him in some form of conflict of interest or another. It’s pretty clear people within the Trump administration, analysts who have looked at this, have said they do not believe that Donald Trump has divested fully from his companies and is still very much aware of what is going on with them, while still serving as the President of the United States, which is illegal.

For 229 Republicans in the US House of Representatives to vote to protect this man’s tax returns, it just shows that there are no Republicans in the House that have the courage to stand up to Donald Trump. They’re afraid of him. Yeah, I know he’s made threats. He would make threats if they even voted for this. Sometimes you’ve got to stand up for yourself. You got to stand up for our country. For once, Republicans, put the country’s needs ahead of your own damn party because I can promise you when this is all over, Donald Trump will have done more damage to the GOP than anyone in modern history. You, these 229 Republican members of Congress, you’re all willing accomplices.