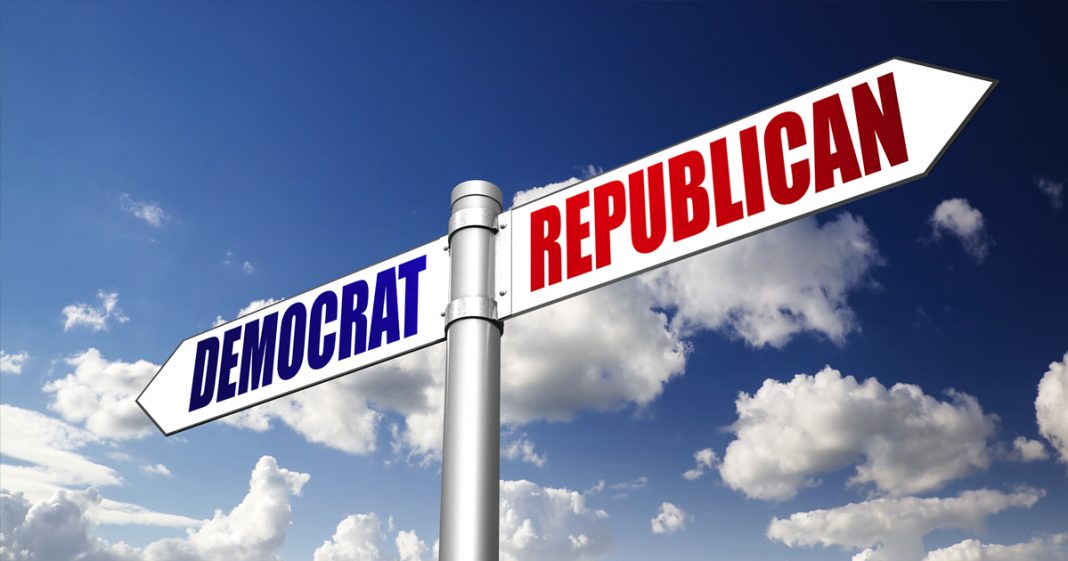 On Saturday, the DNC chose Tom Perez to fix the party that currently is the minority (or soon will be) in all three branches of government. Coming off an election that saw in-fighting within the party – that directly led to Donald Trump taking the White House and Republicans holding the majority in both legislative chambers, the Democratic Party sought to find unity when choosing its new leader. Instead, Saturday’s vote lead to even more questions over the future of the party. Ring of Fire contributor Josh Gay discusses this topic.

On Saturday, the DNC chose Tom Perez to fix the party that currently is the minority (or soon will be) in all three branches of government. Coming off an election that saw in-fighting within the party – that directly led to Donald Trump taking the White House and Republicans holding the majority in both legislative chambers, the Democratic Party sought to find unity when choosing its new leader. Instead, Saturday’s vote lead to even more questions over the future of the party.

Perez is seen by many in the party as an establishment pick, deeply tied to special interest lobbyists and party loyalists. The more progressive activists, including Senators Elizabeth Warren and Bernie Sanders backed Minnesota’s Rep. Keith Ellison. Perez’ pick continued to show the rift in the party, left over from the DNC’s backdoor favoring of Hillary Clinton over Sanders in the primaries.

While Democrats are still reeling, the Republicans face their own set of issues. Though they are in control, many in the party fear that Donald Trump’s actions will lead to massive losses in 2018s midterm elections. Real Clear Politics puts the current congressional approval rating just above 20% after reaching as low as 13% since the election. Many in the Republican party are attempting to distance themselves from Trump’s most controversial actions. John McCain, Lindsey Graham, and Jeff Flake have all publicly criticized the President, with many more afraid to speak out.

This begs me to ask, if we are so distrusting of our own political parties, why are we so loyal to them? In November, we saw an unusually high amount of straight ticket votes. This was the first time in over 100 years that we saw NO states vote for a different party in the Presidential and Senate races. These so-called purple states often showed the moderate-leanings of our country.

Why do we continue to overwhelmingly reward the people that have no interest in what their constituents want? Many thought that November’s divisive race would pave the way for a third party to rise up and gain traction. But, that party never came to the rescue. So, out of fear, we’ve stood by our Red and Blue roots.

Is that how we want to choose the direction of our country, out of fear?

I know this may get me some bashing on social media, as this is a progressive outlet. but I’m a former Republican. I have even previously campaigned for Republican candidates. But, after understanding that the RNC didn’t have my interests in mind, I rid myself of my party affiliation. Conservatives talked about more liberty and less government interference in my life and the economy. Unfortunately, they would act in a completely different way – they spent and grew government, and caved to lobbyists when it came to applying regulation. They spoke about being free in their lives, but wanted to restrict how people loved and prayed. They did nothing to earn my vote, so I quit.

Similarly, I turned to the Democratic Party for answers, but found that while they rallied against financial inequality and championed the cause of improved healthcare. they continued to be controlled and influenced by Big Pharma and Goldman Sachs.

So how long are we willing to stand by these parties as they decreasingly care what we, the American people, want out of our elected officials. The self-sustaining industry that Government created can only stop if we demand it and so far, we seem disinterested in doing more than symbolic ranting on social media. They betray our trust, yet we still turn out to the polls, we still donate, and we keep electing incumbents or those just like them. Any time a Bernie Sanders or Ron Paul starts to move against the establishment, they are labeled crazy and unrealistic.

My advice is to not be satisfied if you wanted Ellison to take the DNC reigns. Don’t sit back and say Perez is good enough. That’s how the Republicans ended up with Trump. “Well, I guess he’s better than Hillary” has turned into the nation’s nightmare. Now is the time to turn up the pressure and demand your voice be heard. Otherwise, we are headed toward a path where the two major parties just do what the lobbyists want, simply pitting the us, the unsuspecting public against each other. Maybe that’s why we are in this mess to begin with.

What we need now, more than ever, is to make our elected officials WORK for our vote. We need to tell the parties that if they don’t pay attention to our needs, we will stop supporting their addiction to power.