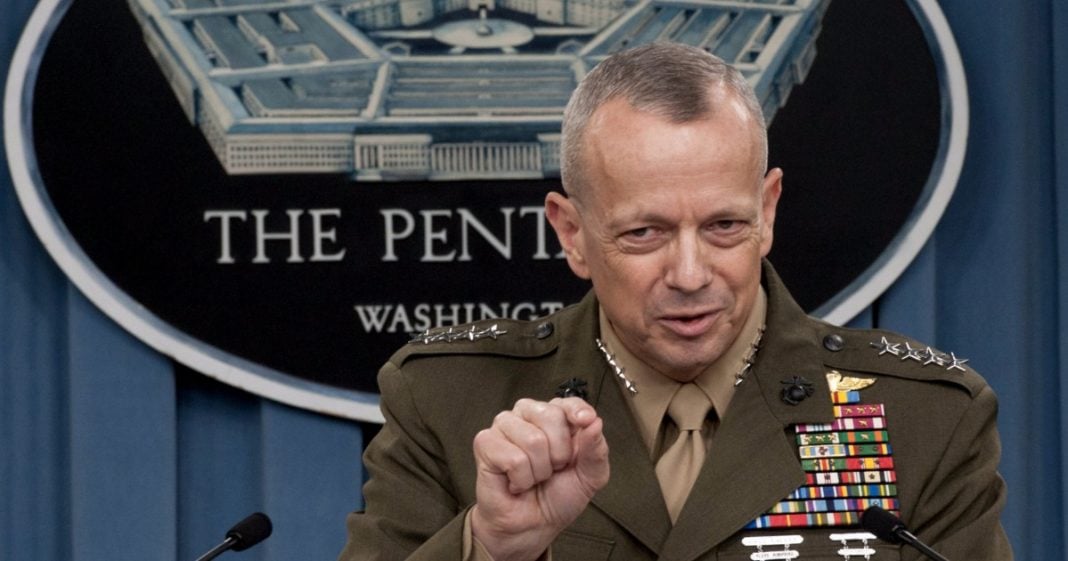 On Monday, White House officials began spelling out the President’s budgetary goals. President Trump is proposing increasing defense spending by $54 billion, while other departments will face massive cuts. Several lawmakers on both sides of the aisle have already spoken against the plans, but perhaps the most surprising criticism comes in the form of a letter. Over 120 retired generals wrote to Congress condemning the proposed budget.

The letter sharply criticizes the plan to slash funding to key diplomatic agencies. Without non-military solutions, the former military leaders fear that violent solutions are inevitable. Quoting the current Secretary of Defense Jim Mattis, the letter says, “if you don’t fully fund the State Department, then I need to buy more ammunition.”

While key details of the plan have yet to be released, many fear that the uptick in military spending will lead to a never-ending military operation against ISIS and other extremist groups. One signer, Retired Marine General John Allen, spoke to CBS News about the letter,

“Cutting the State Department budget by 30 percent is consigning us to a generational war.”

Regarding the budget cuts, Trump told reporters last week that he plans to “make our government leaner and more accountable.” While streamlining the federal government may be a needed and noble cause, experts like the retired generals, have cautioned that proposed budget will not allow us to address the underlying issues that allowed ISIS to thrive,

“The military will lead the fight against terrorism on the battlefield, but it needs strong civilian partners in the battle against the drivers of extremism– lack of opportunity, insecurity, injustice, and hopelessness.”

The budget talks come just as President Trump prepares for his first address to a joint session of Congress. Along with tax reforms and health care, many expect the budget to be a key part of the President’s address on Tuesday night.