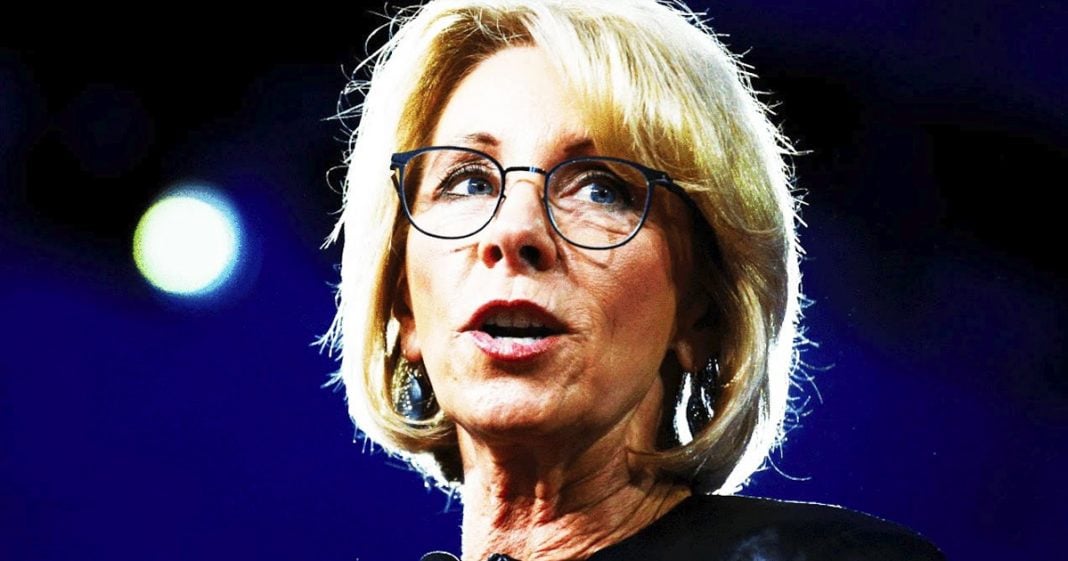 Majority Report Contributor Michael Brooks is hosting the show for Sam Seder today. In this clip, we watch Donald Trump’s horrifyingly unqualified Secretary of Education Betsy DeVos appear at the Conservative Political Action Conference (CPAC) and begin her speech with a “joke” about being proud of telling Bernie Sanders that “there’s no such thing as a free lunch.” This effing moron is in charge of a system that LITERALLY GIVES OUT MILLIONS OF FREE LUNCHES EVERY YEAR, so that poor children don’t starve. So that they LITERALLY DON’T STARVE, because for many children in the public school system, it’s the only meal they eat all day. Every day. There is no way to overstate the stupidity and cruelty via ignorance of this comment, as DeVos is not merely at odds with policies that liberals may want for education, she’s been incredibly wealthy for her entire life and knows absolutely nothing about the public school system she’s now in charge of, much less what it would be like to depend on the longstanding lunch assistance programs we have in place so that you or your child doesn’t starve to death.