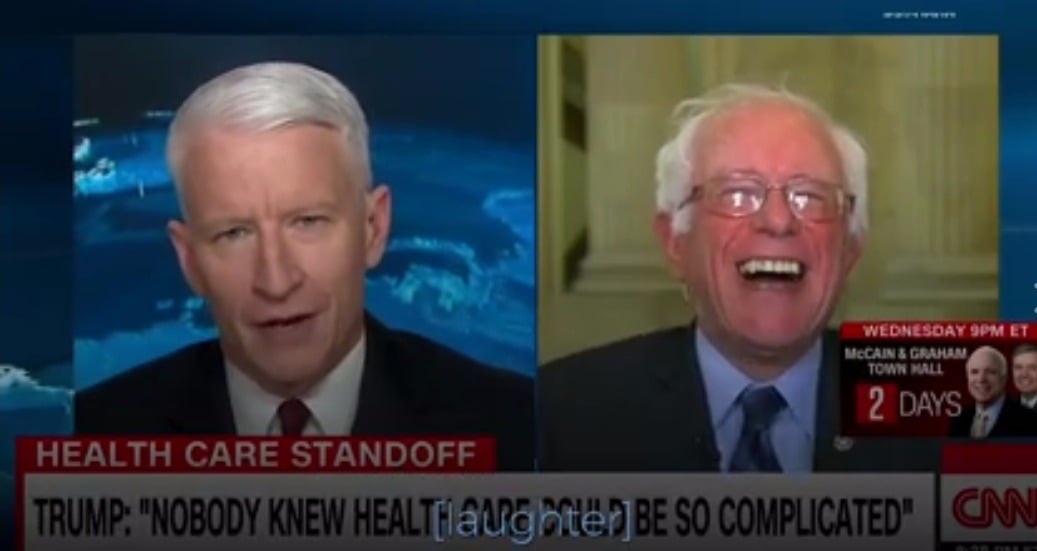 When President Donald Trump declared on Monday morning that “nobody knew” just how complicated healthcare could be, somewhere in Washington, Bernie Sanders’ jaw dropped straight to the floor.

Responding to the comments made by the POTUS on Tuesday morning, the Senator said that “some of us had an idea,” just how hard healthcare can be.

Speaking with CNN’s Anderson Cooper, Senator Sanders said that he hoped the statement of ignorance from Trump is a wake up call so that now, he and other Republicans could realize that healthcare is in fact a right for all people.

“Yesterday, President Trump said, ‘Nobody ever knew health care could be so complicated.’ Well, some of us had an idea. When you provide health care to 320 million people – yeah, it is a complicated subject. Maybe now, Trump and the Republicans can get beyond the rhetoric and address the fact that we remain the only country on Earth not to guarantee health care to all people as a right, not a privilege.”

There’s that hopeful, optimistic Bernie we all know and love! While we know that chain of thoughts will never pass between President Trump’s ears, we can hope.