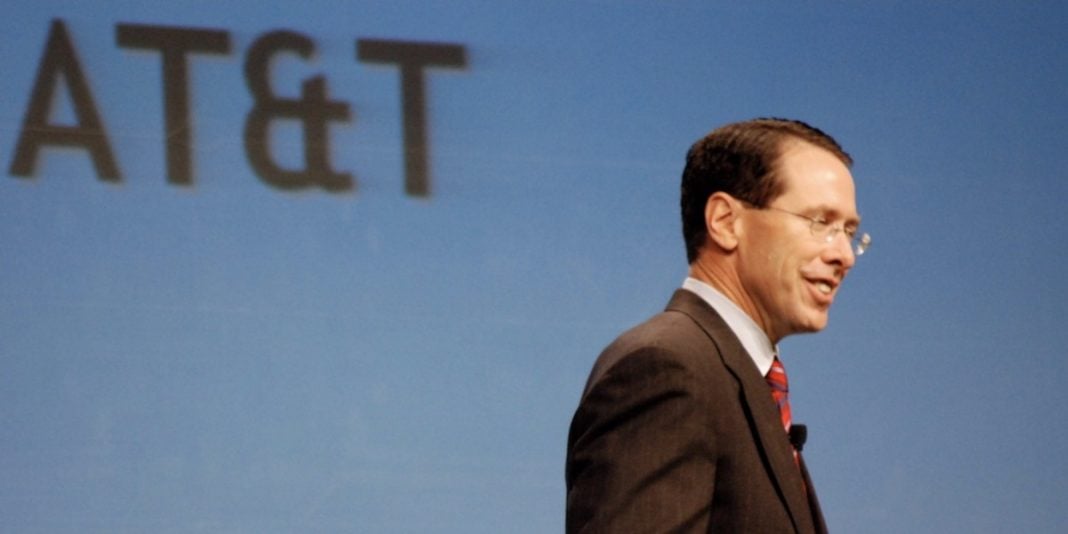 AT&T is planning to purchase Time Warner which owns several cable networks including CNN & HBO, but will sidestep FCC approval to do so.

AT&T is the world’s largest provider of paid television services, with both its U-Verse and DirecTV platforms. Yet, its CEO Randall Stephenson claims that they are too small of a player in the industry to negatively affect pricing for consumers.

Announced in October, the $85 billion acquisition aims to, “disrupt the entrenched pay-TV models,” according to Stephenson. He argues that by bringing networks under the AT&T umbrella, it will allow them to offer customers more al-a-cart choices, while keeping overall costs down.

Stephenson countered by saying that neither of the massive companies were large enough to hurt competition.

“[N]either AT&T nor Time Warner even approaches the market dominance that both would need to hobble distribution competitors and thereafter ‘raise prices to consumers.’”

During his campaign, President Trump even said he didn’t like the deal, saying that it puts “too much concentration of power in the hands of too few.” He would go on to note that his administration would not approve the merger.

However, both companies have a devious plan to avoid mandated FCC approval. The FCC would only have to get involved in the sale if Time Warner had to transfer any FCC licenses to AT&T. But Time Warner has sold any licenses that would need review and will retain any remaining licenses for satellite uplinks. Trump appointee to the FCC chair Ajit Pai has said that the FCC has no need to intervene. Though it is widely thought that the FCC could step in to review the deal if they wanted. It seems that Trump’s grandstanding about the merger on the campaign trail was nothing more than an empty promise.

The deal still will have to pass the scrutiny of the Department of Justice, but they will only deal with antitrust laws, not the broader public interest. Because the two massive companies represent different products, the DOJ will likely have little reason to halt the merger. Stephenson even noted that the DOJ has not blocked a merger like this “for over four decades.”

The FCC would have had substantial more leeway to ensure the deal was a positive for consumers. Under the Obama administration, the FCC had held its approval of such mergers to force companies, like AT&T, to comply with measures like increased fiber optic infrastructure and net neutrality.

Critics of the merger, like Sen. Grassley and Vermont’s Democratic Senator Patrick Leahy, say that the deal would stifle competition.

“the American people are facing an economy that is increasingly defined by a small number of dominant corporations and a shrinking number of small, independent competitors. I am deeply skeptical that this highly-consolidated economy is leading to better results for consumers in Vermont and across the country.”

Despite Trump’s initial displeasure, he seems ready to cozy up to mega-corporations. Then President-elect Trump met with Stephenson at Trump Tower in January, though an AT&T spokesman denies the pair spoke about the merger. Stephenson had dismissed Trump’s criticism of the deal as a side-effect of his frustration with CNN, which AT&T would acquire in the deal.

“Anytime the president of the United States comes out and says they’re not in favor of what you’re trying to do, you have to pay attention,” Stephenson said. “But I don’t know what part of the deal he’s referring to. I’ve heard rumors he’s not happy with CNN, so that might have come into it.”

In the days following the meeting, Trump seemed to be changing his public stance on the deal, telling Axios, “I haven’t, you know, I haven’t seen any of the facts, yet.”