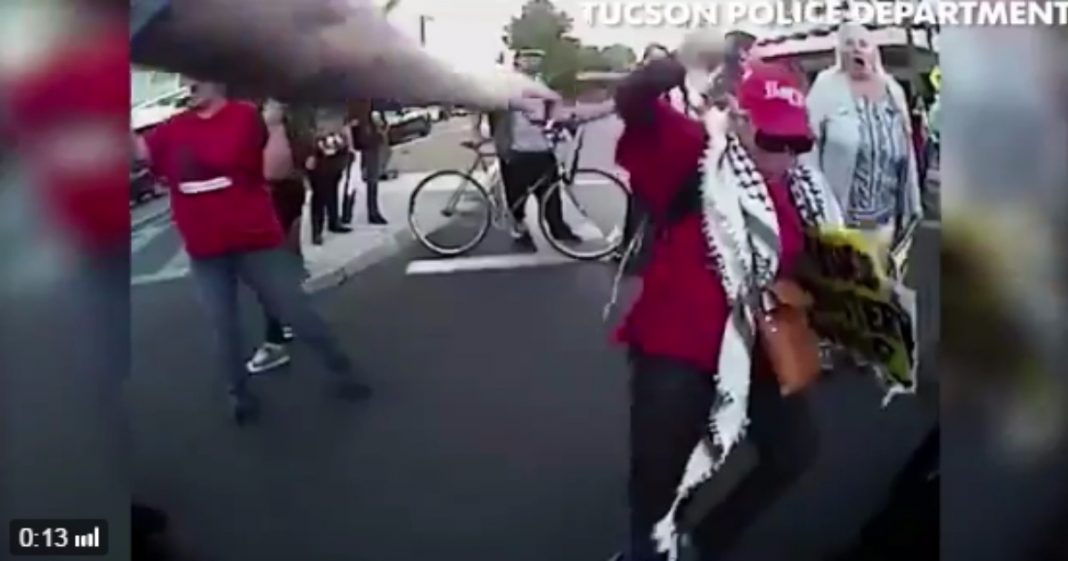 At a pro-immigration protest held in downtown Tucson, Arizona earlier this month, things got violent quickly when a police officer began assaulting protesters – many of them elderly – for what appears to be no good reason.

In body-cam footage recently released by Tucson police, viewers can witness the extreme actions of an unnamed police officer who shoves an 86-year old woman to the ground. Though she was not seriously injured and was able to eventually get back up, the outcome could have been much worse.

When another female protester rushes to the woman’s aid, the officer pulled his mace and lunged toward her, spraying her point-blank in the face. Due to the proximity to other protesters, including the woman still laying on the ground, the officer likely assaulted many others with his spray.

The protest was being held in nationwide solidarity with “A day Without Immigrants.”

As is often the case, the police chief in Tuscon defended the actions of his officers, saying that while they are investigating the incident, he believes that they “by and large,” handled the protest properly.

“Most of the crowd complied, but a very specific subgroup elected to remain in the road and challenge the directions they were given by the officers,” the chief explained.

And yet the body-cam footage provided does not show a group of threatening, intimidating aggressors. Rather, the officer who took violent and overreaching action appears to have been triggered by the angry wagging finger of the elderly woman.