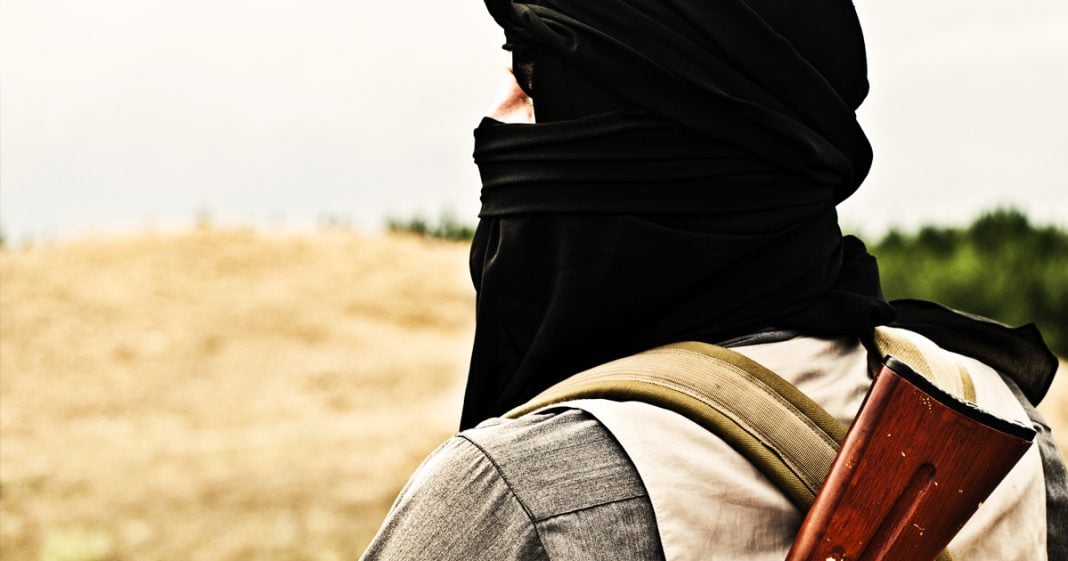 Both independent and federal studies have confirmed that there is a link between climate change and terrorism. But today, we have an administration in power that refuses to accept the science that tells us that climate change is real. As a result, they are only helping to create unstable conditions across the globe, and these conditions help terrorist organizations with their recruiting. CJ Werleman, a contributor for Middle East Eye and author of the book “Crucifying America,” joins Ring of Fire’s Farron Cousins to explain how this happens.

Farron: CJ, I remember the very first democratic presidential debate amongst all the democratic candidates back when we had five or six of them up there on stage. Very first question asked of all the candidates was, ‘What is the greatest threat to the American people?’ Everyone on that stage, with the exception of Bernie Sanders said, ‘Islamic terrorism.’ Bernie Sanders said, ‘Climate change.’ Now, those two issues, terrorism and climate change, are a lot more related I think than people give them credit for being linked. I mean, we have seen studies come out year after year now linking the two, or at least pointing at some kind of cause or relationship between terrorism and climate change. You just wrote a phenomenal piece on middleeasteye.com where you talk about this issue and you bring up the fact that back in 2002 Osama bin Laden specifically said, ‘That climate change, the destruction of the environment by the United States was one of the reasons that he carried out the attacks on 9/11.’ Take us through that a little bit.

CJ: Yeah, I mean, we do see these things differently. We see terrorism and climate change differently, because we see one as a social problem and the other one as a natural problem, or we see the effects of climate change as natural disasters. The whole idea of natural disaster is a misnomer, because nature doesn’t have disasters, that’s just what nature does. It’s a social impact, which comes after climatic events, or climate calamities. What my piece sort of did was try and bring those two realities together. You can’t combat terrorism at the same you’re ignoring climate change. There’s a growing body of research, particularly in terrorism studies of which I’m undertaking that the future wars are going to be climate wars. To give I guess your listeners a sample of what we mean when we talk about climate wars, is think about New Orleans … Was that in 2004 or 2005?

CJ: Yeah, 2005. Well, what happened in New Orleans took place in the most industrialized country in the world, the wealthiest country in the world, and we had the displacement of 250,000 residents who left New Orleans, who never returned. You had ton of violence, you had violence against relief teams, there was shootings, there was rapes. In the end, it took 65,000 members of the National Guard to suppress, and bring back, and restore law and order in the city. Now, if something can happen like that with one cataclysmic event like it did in New Orleans, well this is a view into the future in what’s going to happen in the weak and a failing states. There’s something like 30 weak and failing states around the world, mostly in Africa and certainly parts of Asia. These countries are extremely prone to the social disasters that follow climate change, and it’s happening now. It’s happening in Syria, which is a climate change war, and it certainly happened in Darfur a decade earlier.

Farron: What’s really interesting and I think a lot of people overlook this, I mean, it can kind of be boiled down into the most basic phrase and that is, that resource scarcity breeds conflict. When we look back at the history of the world, nearly every conflict that has erupted is because one group has something that another group does not have and they want. When we’re talking in terms of climate change, we’re going to start looking at this as one group has land that you can still farm on and produce food, and another group no longer has that due to extreme drought, or flooding, rising sea levels that have washed away the entire land. We saw that in New Orleans. People suddenly found themselves, they had no access to water, they had no access to food. I mean, we saw people stranded on their rooftops.

It takes us back to the very basic animalistic nature of humans when we’re simply fighting for survival to get the things that we need to live to see another day. Like, water and food. For people to overlook this link between climate change, between terrorism and conflict, it does a huge disservice and it really does put us all in danger, and that’s what we’re seeing right now in the United States with Donald Trump. This man does not think that climate change is real. We have the Pentagon has been telling us that it is a national security threat for at least 11 years at this point. We have some evidence that suggests that both Ronald Reagan’s Defense Department and George H. W. Bush’s Defense Departments warned them of the threat of climate change to national security. We would think as a country we would have evolved from the 1980s. Instead, it appears today we’re going backwards.

CJ: Yeah. We’re pretending it’s not happening. We have absolutely no political momentum in addressing it. At the same time, we give lip service to fighting terrorism, but this is … As you pointed to that Pentagon’s assessment of the threat analysis of climate change force or threat multiplier rather. We saw … Those exact dynamics that you explained took place in Darfur. You had soil erosion, you had decrease in rainfall, you had contestations between the Arab part of the population and the African tribes in that state, which inevitably led to genocide. We saw the same dynamics play out in the Syrian conflict. Syria went through its worst drought in 900 years displacing 1.2 million Syrian farmers off their land, sending them into the urban cities.

Once you have that kind of mass dislocation of people, then you have new urban contestations, new political contestations in the city, new fight for resources. The cost of living goes up, the cost of fuel goes up, jobs become less plentiful, housing becomes less available. As we’ve seen from history, they’ll always be an out-group to be scapegoated for the plight of those people, and when weak states like Syria don’t have the ability to deal with those sort of frustrations and anxieties, those economic frustrations and anxieties that people have, and they can’t quell that kind of unrest, then they’re only left with one option, to fire upon their own people, and that’s what we saw in Syria.

Farron: That’s one of the things that we’ve seen with ISIL and Al-Qaeda is that when you have a specific area of I guess, particularly in the Middle East where we’re seeing this arise, farmers no longer have a way of life due to drought. They move into the cities, they cannot find work, and so these extremist organizations suddenly do become appealing, because they say, ‘Come with us. Come work with us. We will provide a better life. We will make things fair again. You just have to be a part of us.’ I think that’s part of the appeal to these groups. It’s not necessarily the extremism, it is the-

Farron: Back to the basics of I have to fight for my life to be able to provide the kind of life I need to live, provide for my family. That is something that we saw with Al-Qaeda and that’s something that we’re seeing with ISIL in the Middle East today.

CJ: Yep, exactly. It’s rapid urbanization, which is happening in the global south, in the dynamic you’re talking about. You’re seeing more and more people living on the periphery of the state, living in these slums outside of these mega-cities, so you’re going to have eventually nobody living in these rural subsistent areas of the world. They’re going to be living in these mega-cities. As mega-cities become bigger, you’re going to have more and more people living in the slums outside the control of the states. The state no longer has a monopoly of violence. When a state no longer has monopoly of violence, we’re seeing these non-state militias and terrorist groups take form to provide security for people who don’t ordinarily have it. Then you have eventually the breakdown of the state itself.