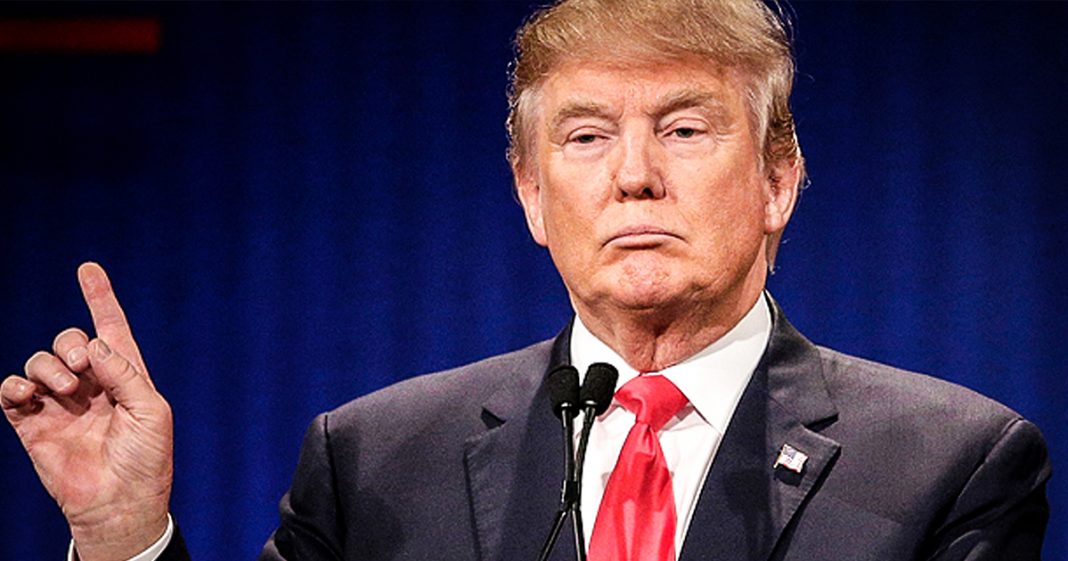 After continuous embarrassing leaks, the Trump administration has had enough, and they have now resorted to looking through the cell phones of staffers.  As White House spokesperson Sean Spicer put it, these phone checks are recess compared to “what’s to come.”  Ring of Fire’s Farron Cousins discusses this.

According to reports on both CNN and Fox News, White House Press Secretary, Sean Spicer, has been searching the cell phones of White House staffers in order to find who the leaker is. Fox News has reported that Spicer called a dozen staff members into a meeting, took their phones, and began going through to see if there was any evidence that anybody was calling or texting or emailing someone that they shouldn’t be with information that they should not be sharing. Last week, Donald Trump tweeted out that we’re going to find those damn leakers. We’re going to make this happen. We’re going to get them.

Here’s the question I have. First of all, taking somebody’s personal property without a warrant is illegal. Sean Spicer does not have the legal authority to take another person’s cell phone and start going through it to see what kind of information is on there. Has nobody explained how the law works to anyone within this Trump administration, because that’s what it seems like. They simply don’t understand what in the hell they’re doing. Any one of those people that was in that meeting that had their cell phone confiscated and searched by Sean Spicer, you got a lawsuit on your hands, so I encourage you to go file it against this guy.

Furthermore, they don’t need to take the actual cell phone from the person. If they believe, if they have probable cause, reasonable suspicion that somebody is leaking, you can go to a FISA Court, seize the device, seize the call records, the text records, the email records, and do it that way. There are perfectly legal avenues to go through in order to find this information, but the truth is that they’re not looking for information right now. This was not about Sean Spicer or the Trump administration trying to find the leaker. It was about trying to scare the hell out of them. This is a method of control. This was psychological warfare against their own staff.

They knew they weren’t going to find anything, but they wanted to scare them. They want these people to live in fear, fear that if they ever say something to anyone, their life will be over. Maybe that’s a metaphor, maybe it’s not, but they know that if they keep their staff living in fear, they can keep them obedient and they make good little servants at that point, and that’s what the Trump administration is trying to do. If they were serious about trying to find the leakers, they would use the tools that they have available to them as leaders of the federal freaking government and find them.

You have a House Intelligence Committee. You have a Senate Intelligence Committee that also have access to all of this. There were reports last week unsubstantiated that maybe it’s John McCain who’s leaking all this information. We don’t have any evidence to back that up. McCain is the one who he said he admitted that he had leaked the report about Trump and Russia to the press a few months ago, so maybe it’s him, maybe it’s not. Who knows? The point is the Trump administration has the tools available to find the people who are leaking if they truly want to stop the leaks, but at the same time, doesn’t the public have a right to know?

If the Trump administration is doing some unsavory things, don’t we need to know this? He’s going to be up for reelection. We have to have all of the variables available to properly figure out that equation, but they’re not giving it to us. If you want to check your staffers’ phones, first of all, it’s illegal, use the tools available, but you’re not going to find anything. Maybe you need to start looking at the House Intelligence Committee, the Senate Intelligence Committee, and all of the other people within the administration, including Sean Spicer himself, because if you’re going after the low level staffers, looking through their cell phones, finding all the memes that they’re sharing with their friends and buddies, you’re not going to find anything.