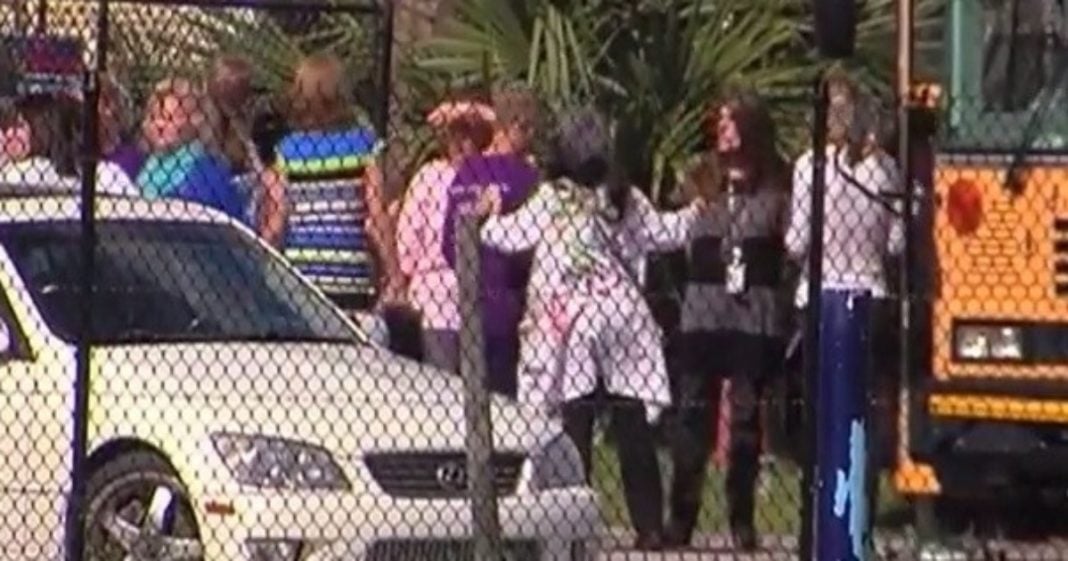 Jewish schools and religious centers are being evacuated across the countries thanks to a slew of anonymous bomb threats, endangering and frightening children early Monday morning.

The bomb threats were made to Jewish centers in 11 states: Florida, Maryland, Virginia, North Carolina, Pennsylvania, New York, New Jersey, Michigan, Indiana, Alabama, and Delaware. Some of these locations were schools and daycare centers for young children, meaning that they were evacuated as a result.

So far, no actual bombs have been located at any of the threatened centers, and no one was hurt. But even if no physical harm is intended by these threats, they are still sowing an environment of unease and fear for Jewish Americans.

This round of threats to Jewish centers is just the most recent in a major uptick an antisemitic hate crimes and threats being made in 2017. In fact, hate crimes against Jewish Americans is one of the fastest rising statistics in 2016 and 2017.

Many are attributing the upswing in violence to the current political climate and presidential administration, particularly after President Trump failed to respond to questions of Jewish-targeted violence at a press conference in early February.

Even today, after these 11 states saw bomb threats at the Jewish centers, President Trump nor his administration have responded in any way.

The way to ensure that a growth in attacks and threats like these do not continue is to speak out strongly each time that they do occur. The current administration does not appear to have done enough to separate itself from anti-Jewish and anti-Islamic sentiments – until they do, these threats and hate crimes will continue to reflect badly on the administration as a whole.