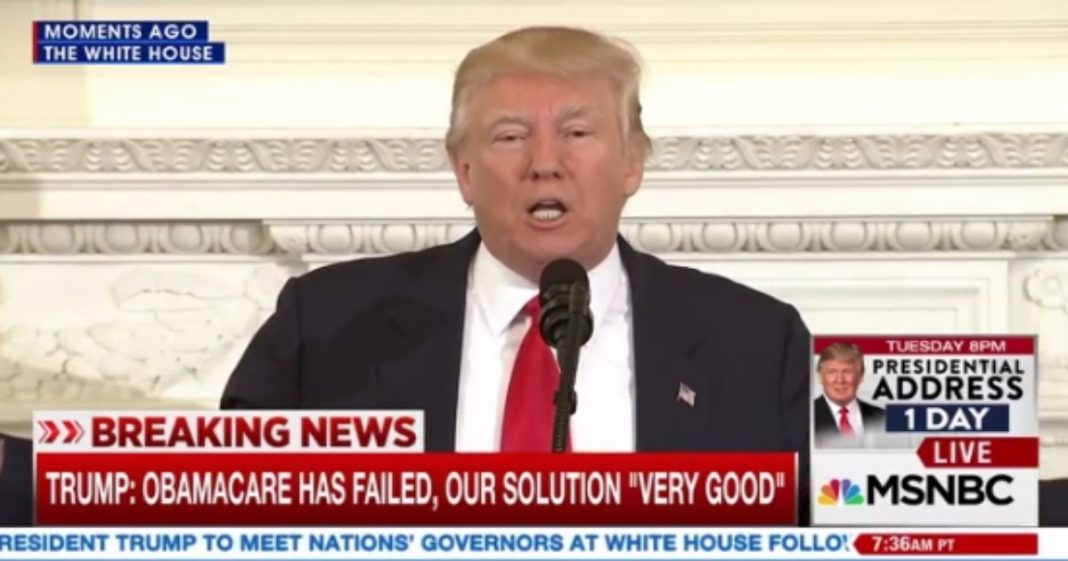 Addressing the media and the nation at-large Monday morning, President Donald Trump explained the complications behind his plan to “repeal and replace Obamacare” by declaring a shocking statement,

“Nobody knew that healthcare could be so complicated.”

If this were a sitcom in the hey-day of family-friendly television, President Trump’s statement on healthcare would be followed by a motherly figure saying, “oh, you!” as Trump raised his hands in the air in a devil-may-care expression.

But this is the real world. And the president of the United States just revealed that he had no idea the scope and breadth of the healthcare debate, nor the mechanics of instituting a nationwide healthcare plan.

Because the truth is that when President Trump says, “nobody knew,” he is really saying, “I had no idea.”

There are many out there, many who helped build the Affordable Care Act most of all, who knew exactly how complicated healthcare was and is. There are hundreds of thousands of others who work in healthcare at the administrative level who could have told the president that it isn’t a walk in the park. And yet we know that he was not at all prepared for the massive role he has been handed. He doesn’t read, he doesn’t study, and he doesn’t listen to anyone who actually could help him.

For the President to make such an oblivious statement about something as important as a national healthcare system does not bode well for the replacement he is touting.

But then again, this is coming from a president who likes one-page memos with lots of graphics and gets all of his news from “Fox and Friends.”

TRUMP: “Nobody knew that health care could be so complicated.” https://t.co/LFr422VHbq