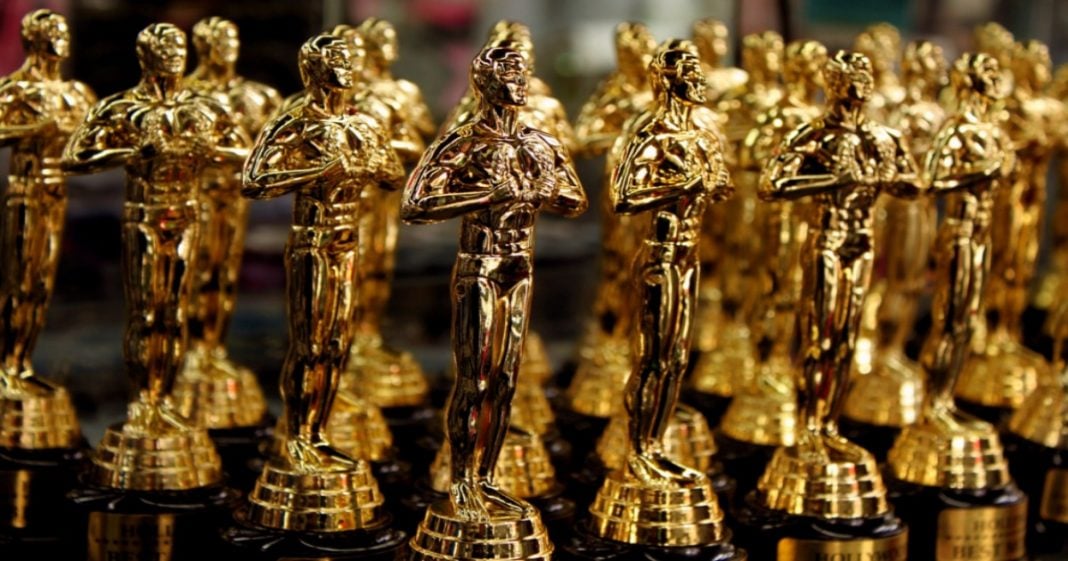 In what is their biggest night to shine, the self-gratifying Academy of Motion Pictures made a mistake of epic proportions and the media is eating it up.

In case you have been living under a rock, Faye Dunaway and Warren Beatty announced the wrong winner for the best picture award during last night’s Academy Awards. You can watch the uncomfortable situation unfold here:

“La La Land,” a romantic musical about two aspiring stars in Los Angeles falling in love, was announced as the winner of the night’s biggest prize. The producers of the film came to the stage, accepted their award, and began giving their acceptance speeches. However, a flurry of activity appeared behind them, with Academy staffers bustling to determine what was going on.

Eventually, after it was sorted out, the cast and crew of “La La Land” handed the stage and the trophy to the real winner: “Moonlight,” a tale of an African-American man’s struggle with drugs as he comes to terms with his sexuality.

The media and viewers worldwide turned to social media to roast the event, generating countless memes and “you had one job” jokes. Which begs the question, how did Hollywood bungle such a seemingly easy task on its biggest stage? Handing off an envelope and reading a name of easily tabulated votes shouldn’t be a massive undertaking.

However, Hollywood has turned an insider-popularity contest into a ritual on par with the election of a new Pope. Going into the Awards show, only two people are entrusted with the results. PricewaterhouseCoopers, the accounting firm that has handled the votes for 83 years said the this about their process,

“Yes, we literally count the votes, put the winning names in envelopes, and walk them down the red carpet in their own briefcase to deliver them to the ceremony!”

Making the event more absurd is the reaction by the mainstream media to the gaffe. The USA Today published headline that would be more befitting of a high-end crime, “Oscars flub engulfs PricewaterhouseCoopers in controversy.” The New York Times website had several headlines regarding the error positioned more prominently than stories that it must deem less important, like “Trump to Seek Spending Spike for Military and Cuts Elsewhere.”

I get it, we love movies and entertainment. The lives of celebrities allow us to escape from our own problems to dream of a fairytale land where magic becomes reality. But, it seems that sometimes Hollywood gets caught up in its own hype. A night that is little more than handing out trophies for movies that hardly anyone will watch turns into a major controversy worthy of massive investigations.

It only shows how out of touch the boneheaded stars of the movie biz are with the rest of society. As a friend of mine on Twitter pointed out, “Think I’ve always known, but it never connected until I lived in abject poverty. ‘Who are you wearing?’ This is some vapid [BS].” Making it worse is the media’s incessant fawning over the concerns of Hollywood. Reactions like that only serves to feed the ego of celebrities, who seem to be experts at solving the world’s problems, when they merely get paid to play pretend in front a camera.

Maybe this is why we elected a reality star to our country’s highest office.