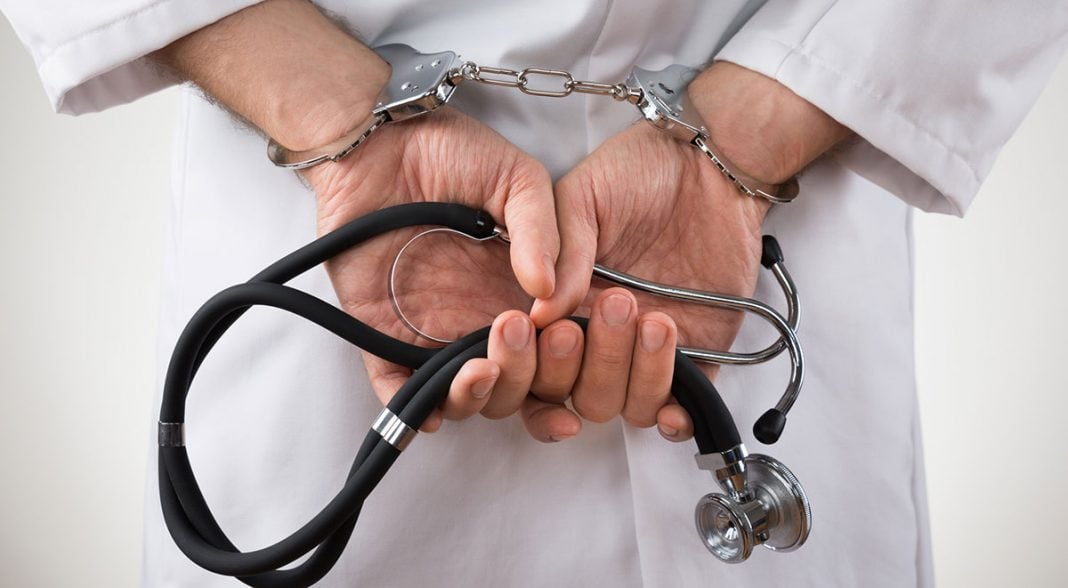 Drug prescription abuse is one of the most problematic aspects of modern medicine. The Medicare drug program has always been open to all types of exploits, and in a system that serves more than 40 million U.S. citizens, rampant fraud may have devastating consequences for public health.

It’s not infrequent that unscrupulous doctors prescribe large amounts of medicines for dangerous off-label indications after receiving kickbacks from Big Pharma. Other times, drugs with a high addiction potential or highly dangerous side effects, get overprescribed in nursing homes and clinics.

And while stories such as the overuse of the antipsychotic Abilify or Risperdal for Alzheimer’s patients may hit the news, some other issues such as the mounting abuse of opioid analgesics in the elderly often get underestimated by the general public.

The sheer size of the overly complicated Medicare’s drug program (simply referred to as “Part D”) makes it almost impossible for federal authorities to oversee it properly. Fraud flourishes in this black hole that mixes de-regulation with extremely convoluted rules, giving a hard time to federal officials to deter, or even just detect, any illegal or preposterous prescribing scheme.

In May 2014, however, the Centers for Medicare & Medicaid Services (CMS) finally announced a new set of regulations aimed at strengthening and protecting the prescription drug benefit programs. The strategy employed by the authorities to flush out Part D abusers was pretty straightforward: physicians and other healthcare professionals who prescribe medications covered by Part D must first enroll in Medicare. The CMS could thus oversee their activity and, if anything suspicious emerged (including when the physician previously had issues with the legal system), federal officers could then revoke the doctor’s program registration and kick him out.

However, almost three years after the original announcement, the new set of rules has not been yet implemented, and the government has pushed it further to 2019. According to a recent investigation published by ProPublica, doctors who got banned from Medicare before 2014 still had their prescriptions covered by the program. Even worse, physicians who pleaded guilty to bribery schemes never stopped prescribing medications to Medicare patients.

To date, the CMS delayed the deadline for doctors to either enroll in Medicare or formally opt out to get their prescription covered three times. Although the first drop-dead date was originally scheduled for June 2015, it was eventually pushed off over and over until CMS’ last announcement set it for January 2019.

It looks like the reason for the last delay rests with dentists refusing to enroll in Medicare since they lack proper incentives to do so. The federal program does not cover dental services or devices and only pays for some drugs that dentists may prescribe to patients, such as painkillers and antibiotics. The American Dental Association also recently wrote a letter to CMS asking the agency to push the deadline because “proceeding with the current date would cause disruption to the effective treatment of our patients who are Medicare beneficiaries.”

In the meanwhile, the CMS started scavenging through the data collected so far to spot doctors with abnormal prescribing patterns. On the occasion when they found someone who indulged in potentially suspicious activities, though, the only action they took was to send a warning letter. For obvious reasons, this measure proved to be vastly ineffective. The latest solution was then to reword those letters which have become more threatening due to a stronger wording. It’s quite hard to believe that a few words can really curb the spreading and unchecked amount of Part D frauds until 2019, however.