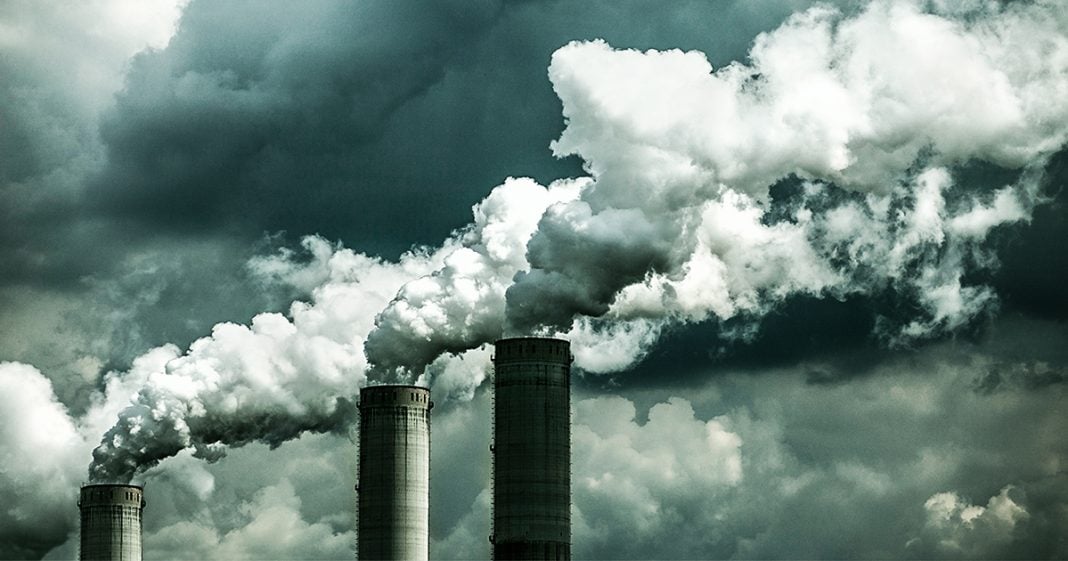 Republicans across the country are trying to rewrite the rules to make it easier for teachers to deny the science of climate change and to pass on their backwards views to students.  The measures being considered by 4 states would also allow teachers to teach creationism, flat-earthism, and even white supremacism! Ring of Fire’s Farron Cousins discusses this.

Right now Republicans in four different states are trying to pass legislation that will either prevent science teachers and teachers in general from explaining students the science behind climate change, or in other instances, they’re trying to pass legislation that will give teachers the complete ability to decide whatever they want to teach students whether it’s Creationism, Flat Earthism, and even in some cases, the laws are written so poorly that it would allow for teachers to teach their students white supremacism.

Here’s the thing. The science behind climate change is not debatable. 97% of all scientific research done on this issue, that’s the 97% number that you’ve heard about, shows that there is a direct link between the actions of human beings and climate change. That climate change, yes, it is happening. Teachers are the ones instructed, tasked with, who have willingly taken on the opportunity to teach the new generation of American citizens. There the ones who we depend upon to turn children into knowledgeable human beings that go off into the world, become doctors, lawyers, politicians, nurses, drivers, whatever it is. We need them to know as much as possible.

For a party that says that they hate big government, they don’t want the government interfering with anything, it seems to me like these laws that republicans are trying to pass in these different states are the example, the prime example, of government overreach. Do we need the federal government stepping into schools and telling teachers what they can or can not say in regards to science? I understand that public schools are funded by the federal government but beyond that, the government should not have any say in what teachers tell those kids as long as it is scientifically accurate and able to be proven by science.

No, that means that Creationism goes out the door. We need to teach these kids everything they need to know to be fully functional human beings. We can’t fill their head with fantasies from the fossil fuel industry or from the religious rite. We need to tell them what’s actually happening. If they choose to not believe it later on, that’s their decision but at least put the knowledge out there so that they have it. Now, we have already seen over the past few years the fossil fuel industry stepping in, creating coloring books for children about the wonderful benefits of coal and all kinds of things like that. They’re actively trying to influence what is being taught to our children. These private organizations that are helping to warm the planet.

Now republicans are just playing right into their hands. We’re stripping knowledge away from our kids, away from the generation of American citizens all to the benefit of the fossil fuel industry. Why are we doing this? Why are we bastardizing the education of our children just to benefit a few corporate CEOs? The Coke Brothers. Is that what you want for your children? Do you want your children to be dumber because we want the the Coke Brothers to make another billion dollars this year? Is that a good trade off? Your kids grow up, can’t find a decent career because they didn’t get a proper education but hey, the Coke Brothers, they made a few extra dollars this year. According to the republican party, that is more important. It is more important that we coddle the dying fossil fuel industry than it is to take care of the next generation of Americans.