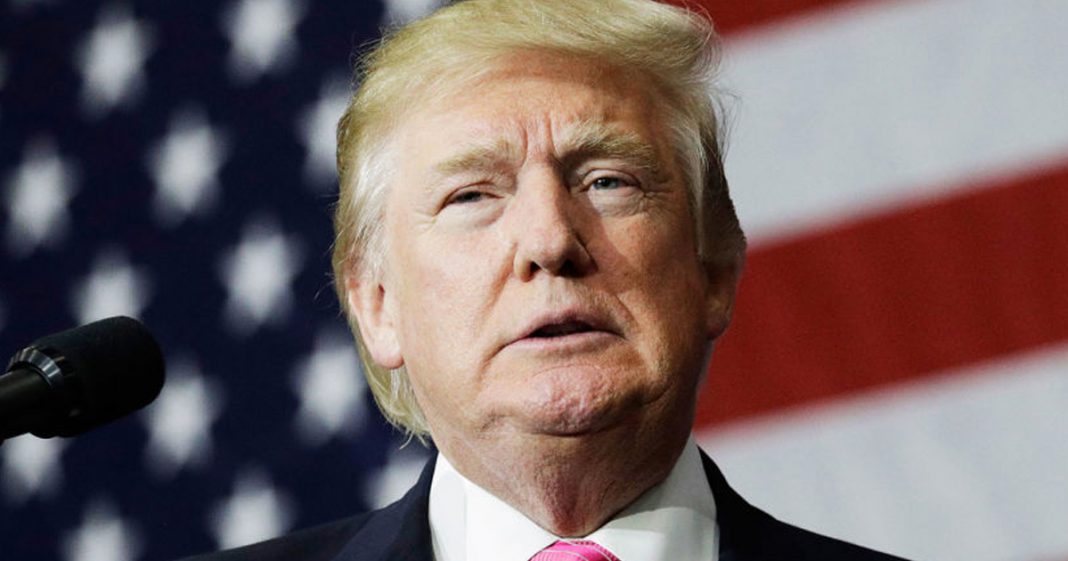 According to the latest data, Donald Trump is badly losing his war against the press.  In fact, the only national outlets that have an “trust” rating of less than 50% are conservative outlets like Fox News, Breitbart, and Alex Jones’s Info Wars. Ring of Fire’s Farron Cousins discusses this.

According to the latest polls, the majority of Americans actually view news outlets more favorable, as more trustworthy, than they do Donald Trump. Not all media outlets, it should be pointed out. Only media outlets like CNN, NBC, ABC, CBS, New York Times, Washington Post. Those are the ones that by a margin of greater than 50% view as trustworthy while they do not view Donald Trump trustworthy. The only media outlets that did not receive 50% or more of people saying that they view them as trustworthy were Fox News, Breitbart, which actually was seen as less credible than credible, and Alex Jones’ Infowars, which again was less credible than not credible.

Now, don’t get me wrong. The corporate-controlled media CNN, NBC, ABC – all of them – are bad. Unlike Fox News, they don’t make things up. Now they may say things that are untrue, that are unverified, and that’s not okay. They don’t just create things out of thin air. Like with the Iraq war. They took the Bush Administration’s word for it that Saddam Hussein had aluminum tubes and yellow-cake uranium and they went out and reported it. They did no verification. They sent no reporters over there to investigate. They just reported it. That was reporting on a lie, but they didn’t create the law. Not like Fox News does, not like Breitbart and Infowars. They just make things up.

On top of that, you have the corporate media, including Fox News, that’s in the pocket of the pharmaceutical industry, of the dirty energy industry, of Wall Street, the people who advertise, the people who pay the bills at these organizations. None of them can be completely trusted, but when it comes down to it, it’s probably a good idea to trust CNN more than you trust Fox News. Probably a better idea to trust the New York Times over Breitbart. That doesn’t mean that everything that these other organizations say is true, but it’s more likely that it’s true than what you read on Infowars.

Donald Trump continues to go out there. He did it at CPAC this week and create this war against fake news. He’s used that term so much that it’s lost all meaning. Even the Washington Post got suckered into posting an article about fake news sites, none of which were actually fake news sites. They were just websites that weren’t influenced by corporations.

We do have a, I guess you’d call it, fake news problem in the United States, but it has to do with the corporations that are influencing the media. At the end of the day, the things they’re reporting on as far as the Trump Administration, the things that he says, and the things that he does, you may not take them at complete face value, but you do need to look at it as something that could possibly be true.