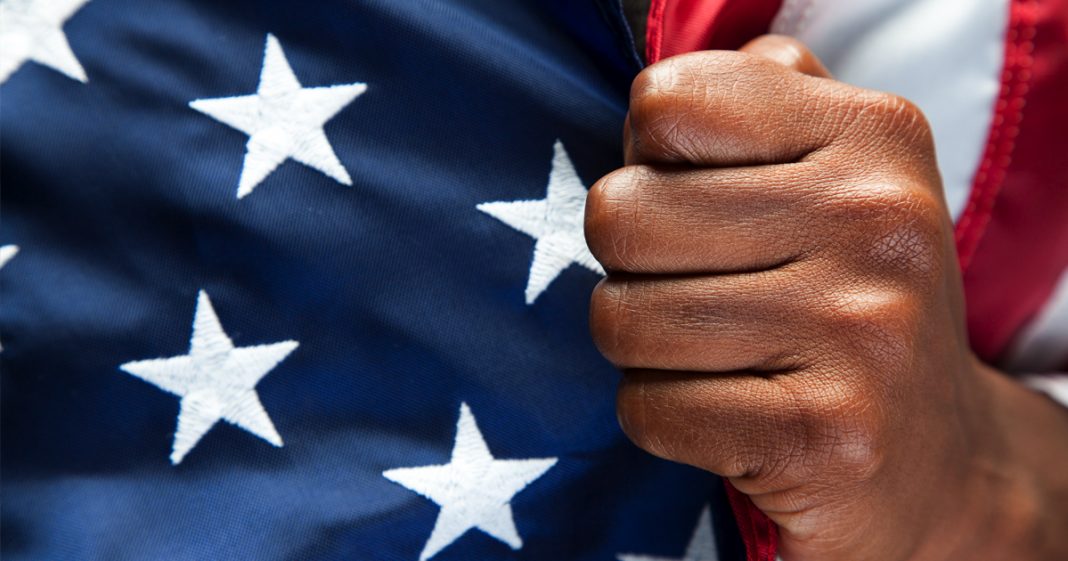 Donald Trump has surrounded himself with people who have very uncomfortable ties to white supremacists and their organizations, but these ties have largely been overshadowed in recent weeks due to all of the scandals coming out of the administration. But that doesn’t make these people any less dangerous. Salon.com contributor and host of The Chauncey DeVega Show, Chauncey DeVega, joins Ring of Fire’s Farron Cousins to give us the backstory on some of the ugliest characters in this administration.

Farron: Chauncey, you and I, back when we were doing the Ring of Fire TV show, we spoke often and we talked about the fact, and we hadn’t spoken since July, obviously before we even had the conventions, but you and I had talked about the fact that there’s a lot more racist, I guess, attitudes, sentiment in this country than I think people realize, and low and behold, that is what played itself out in the 2016 election. That’s what helped Donald Trump to win. Wasn’t necessarily the only factor, but it was a major factor in the Donald Trump victory, and now obviously, we’re seeing that same racism, the sexism, the bigotry, has come to the White House in more forms probably than even we could’ve imagined at this point.

Chauncey: You know, I hate to say we were right, and we haven’t talked in some time, but you and I were among the few voices who predicted number one, that the election would be as close as it was, and that Donald Trump was going to win. I’m so upset, and it’s just so unfortunate that we were correct, but for anyone who studies American history, for anyone, as we like to do connect the dots, you judge someone by the company they keep. It was not a coincidence that Donald Trump was endorsed on the front page of the KKK newspaper, that white supremacists and white nationalists like David Duke were enthusiastic about his candidacy, that white supremacist websites like The Daily Stormer, Stormfront, and others were again enthusiastic about Donald Trump and said, ‘We finally have someone who gets it.’

Now you have Donald Trump in the White House and he’s quite literally surrounding himself with white supremacists. Now, I don’t call them white nationalists, because white nationalism is a word, a phrase, that white supremacists have come up with to try to look quote/unquote “respectable.” He really does have a group of ghouls, for lack of a better word, who actually look at America’s diversity, tens of millions of the country’s citizens, black and brown folk, Muslims, and others as the enemy, and they are whispering in his ear.

Farron: They are. You know, as we’re beginning to find out, people like Steve Bannon and Stephen Miller are actually helping to draft these executive orders that Donald Trump is just signing left and right. Miller himself has said that he’s helped. There’s plenty of people that have come forward and said that Bannon is helping to draft these, and as Donald Trump himself has kind of admitted, he’s not really reading them. He’s just signing it off. That’s why he didn’t know he’d put Bannon on the National Security Council. I mean, that’s how dangerous it is when you literally have these white supremacists drafting policy, putting it in front of a president who doesn’t read, and just signing it off into law. I mean, that is what’s happening in 2017 in the United States, and that is absolutely terrifying. I mean, that’s about the only word I can use to describe what’s happening, is simply terrifying.

Chauncey: Again, the mainstream corporate news media has dropped the ball as they always do on this. If you just look at the profiles of some of these folks, of course you have Jeff Sessions, who is not necessarily a devotee of the Klan, but he famously joked, ‘Oh, I was in support of the Klan until I learned they smoked marijuana,’ a man who’s used racial slurs to describe African American attorneys, a man who wants to roll back the voting rights of black and brown folk, who does not view our gay and lesbian brothers and sisters as deserving of equal rights.

Stephen Miller, who was mentored by one of the country’s leading white supremacists. Steve Bannon, who helped to run as an editor, a senior editor, the Breitbart website, which basically is a conduit, and he brags about this, for white supremacists and white nationalists. You have another one who’s operating in the shadows, Mr. Gorka, Sebastian Gorka, who wears a Nazi medal. This was a medal given to Hungarian Nazi sympathizers from his father and grandfather, I believe. As I said, you could not sit down and write this stuff and make it up and get it published somewhere, but this is America in 2016.

Farron: Well you know, and Gorka is a guy … I mean obviously Bannon and Miller media has talked about, well, progressive media has talked about those fellows. Jeff Sessions has gotten some coverage, but Gorka really is one of the few that has just completely flown underneath the radar here, wasn’t a name anybody really knew before he joined the Trump Administration, so not a lot of attention has been paid to him. Now, you mentioned this pin that he wears, so this is a anti-Semitic symbol here? Is that what he’s proudly displaying?

Chauncey: Well, basically it was a medal given to this Hungarian order. If you do a little research on it there’s been some great writing on this across the internet, some other independent publications. It’s basically a medal given to Hungarians who sympathized with the Nazis, and he’s been photographed repeatedly wearing this medal. There’s another one, and certainly he doesn’t get enough press, Michael Anton, who famously wrote another screed that’s very popular with white supremacists and white nationalists, called The Flight 93 Election, which basically uses the language of quote/unquote “ethno-nationalism,” which again is just white nationalist doublespeak to try to say that America should be a white Christian country first and foremost.

These are in a series of pieces that again, are very popular among white nationalists and white supremacists, basically articulating Donald Trump’s anti-Muslim policies, building the wall, other acts of hostility and violence for all intents and purposes, and intolerance against people of color and non-whites, and he’s another one who’s just notorious, who again, and here’s a very important point you have to emphasize, these are folks who are not vetted. There are no hearings on these folks. These people are nominated by Donald Trump and the general public, because they’re busy, they’re worried, they’re scared, they have their day to day concerns, are not really aware of the folks who are in Donald Trump’s ear. These are very, very dangerous people.

Farron: Right, because obviously the media, they want to spend time talking about what Donald Trump tweeted out that way, or his latest attack on the press, or the problems facing his nominees that are going through the Senate confirmation hearings, but they’re not talking about the guys that Donald Trump just said, ‘Hey, I like you. I like what you say. I want you to be a part of my Cabinet,’ and this Anton guy, he is actually one who argues, completely falsely as you point out on salon.com, that immigration is bad for the United States. It’s bad for the economy. It hurts us all. They’re taking our jobs. They’re taking our wages, and that’s what they do. They disguise this racism, this white nationalism, in economic arguments by telling us that we’re losing jobs because of the Muslims coming into the United States, because of the Mexicans coming into the United States. It’s absolutely not true, is it? I mean, these are arguments that are very easy to debunk, aren’t they?

Chauncey: Well, the facts speak for themselves. There are many, many economists who’ve done research about how diversity is a net gain for many economies. Just compare the United States and Japan, for example, in terms of thinking about how the US has maintained its global dominance and largely because of immigration. We also know, and this is where I wrote a great piece at Salon, one of the ones that I’m very proud of, called The Butcher’s Bill is Due, basically looking at how Donald Trump’s policies will hurt all the white quote/unquote “working class” voters who supported him. You’re going to kick our Latino, Hispanic, and other folks out of the country who are quote/unquote “illegal immigrants,” depending on how you define it, and you’re going to see food prices go up. You’re going to see prices for services go up. It’s going to hit Donald Trump’s voters, again these quote/unquote “white working class” voters more than any other group.

Again, looking at these narratives about crime and terrorism, it’s very, very curious to me, you and I have talked about this repeatedly, where there’s this obsession with quote/unquote “Muslim terrorists.” Well, the largest terrorist organization in American history is the KKK. We have had more terrorist attacks by white Christian men than any other group since 9/11. If you want to really talk about fear and peril to the public, just last week we had a group of white men who were planning Dylann Roof-style attacks who were stopped by the FBI.