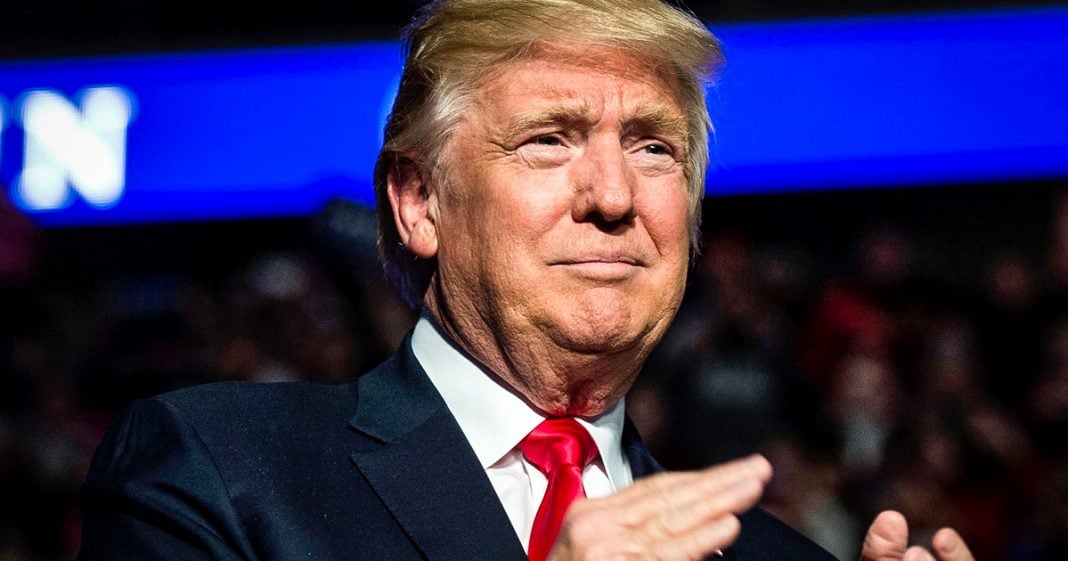 During an interview with Reuters, Donald Trump said that he wanted the US nuclear arsenal to be at “the top of the pack,” and that we need to have more nukes than anyone else.  Currently, the US has 6,800 nuclear weapons at its disposal, second only to Russia who has 7,000.  Both countries have signed a treaty to reduce those numbers down to 800 in the coming years. Ring of Fire’s Farron Cousins discusses this.

Now to his credit, he did say during this interview that he would love to see a world with no nuclear weapons, where nobody has these weapons of mass destruction capable of decimating towns and killing millions of people. Now that is a typical republican talking point, so I’m not going to give him too much credit for saying that.

Having said all that, does anyone in this country really want this man, Donald Trump, to have access to more nuclear weapons? To have access to more than 6,800 deployable nuclear weapons? During this same interview, he said that he is incredibly mad at North Korea. Now we don’t exactly know what that means, he’s mad at them. Is he considering sending a nuke over there? Is he considering nuking the places in the Middle East where there’s turmoil created partly by the United States? Would he consider nuking any country where the leader didn’t blindly follow or agree with everything Donald Trump said?

We do know that before he was even sworn in, during intelligence meetings, he asked repeatedly, “Why can’t we just nuke them?” When hearing information about the U.S.’ enemies. This is not a man that we need to trust with more nuclear weapons. This is not a man who should have access to any nuclear weapons. I mean, they’ve already compromised the integrity of the U.S. nuclear arsenal by putting a picture of the agent holding the nuclear football all over the Internet. They can’t be trusted. They have proven this.

We do not need more nuclear weapons, we need fewer nuclear weapons. 6,800 nuclear weapons could effectively wipe out most of the planet. If we add in the 7,000 from Russia, we’re looking at global catastrophe, just between two countries with nukes. Now, these two countries, U.S. and Russia have signed a treaty and they are supposed to be reducing these arsenals down to about 800 deployable and non-deployable nuclear weapons within the coming years, but if Donald Trump remains president, that is unlikely to happen. Because, according to him, according to what he said in this Reuters interview, if somebody has one nuke, we have to have 2. Because, that’s the only way for the U.S. to remain superior.