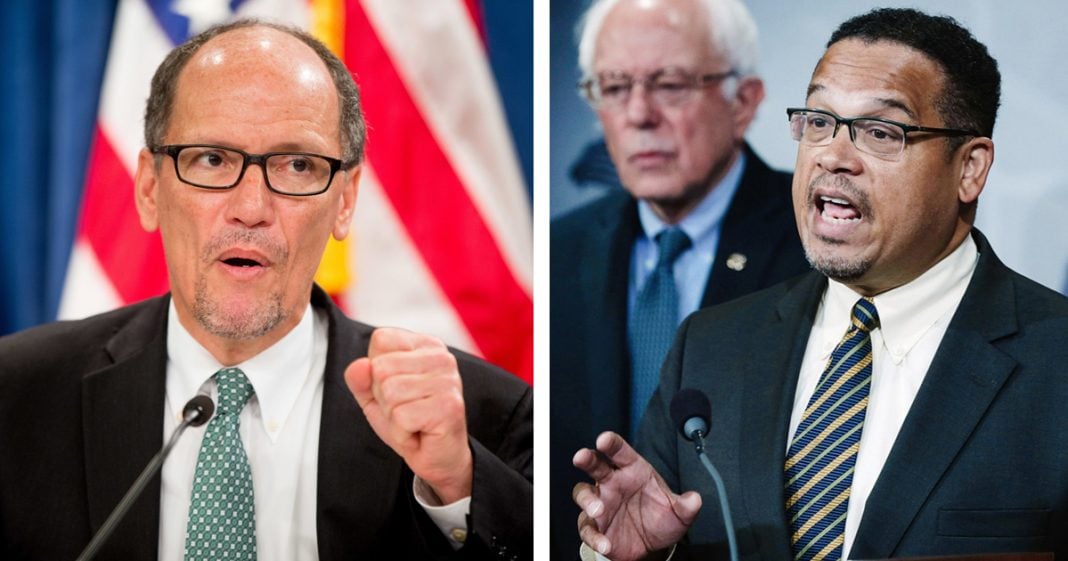 After a huge number of debates and fundraising events, after months of op-ed pieces and election-level character assassinations, on Saturday, the Democratic National Committee convened in Atlanta, Georgia, and chose their new chairman.

In the first round of voting, Tom Perez fell just one vote short of winning the entire thing, taking 213.5 votes to Ellison’s 200. At the conclusion of the first round, both Pete Buttigieg and Sally Boynton Brown had both dropped out, endorsing no one. Jehmu Green and Sam Ronan also dropped out after the first round.

In a vote that was 235 to 200, Tom Perez was elected to head the fundraising and organization arm of the Democratic party during the second round of voting at the DNC. The paper ballot was conducted in Atlanta from the DNC’s more than 400 members, not all of which were in attendance for the vote.

Seeking unity, Perez pushed a motion through the DNC to make Ellison a deputy chair. In that same vein, Ellison urged all who supported him to back Chairman Perez, saying that too many people need a united party to overcome the current administration.

The race had been a close one from the start, focused most closely on Minnesota Congressman Keith Ellison and former Secretary of Labor Tom Perez. Ellison was positioned as the most progressive candidate in the race, having been endorsed by Senator Bernie Sanders early on. Other diverse endorsements were handed to Ellison in the last months, including Senate Minority Leader Chuck Schumer, as well as Congressman and civil rights leader John Lewis.

Still, Perez’s close relationship with and support from lobbyists is of major concerns, especially as the DNC voted just today to not reinstate Obama-era rules barring lobbyist cash flowing directly into the party.

During the race, Perez often refused to answer certain questions, showing a resistance towards complete transparency, a troubling aspect of his candidacy. Issues of utmost concern are Perez’s favorable attitude toward the TPP and his reluctance to speak on the Dakota Access Pipeline.

Though there are serious concerns about Perez’s nomination, the Democratic party will likely improve under his leadership, even if it does not progress the way it might have under Keith Ellison.