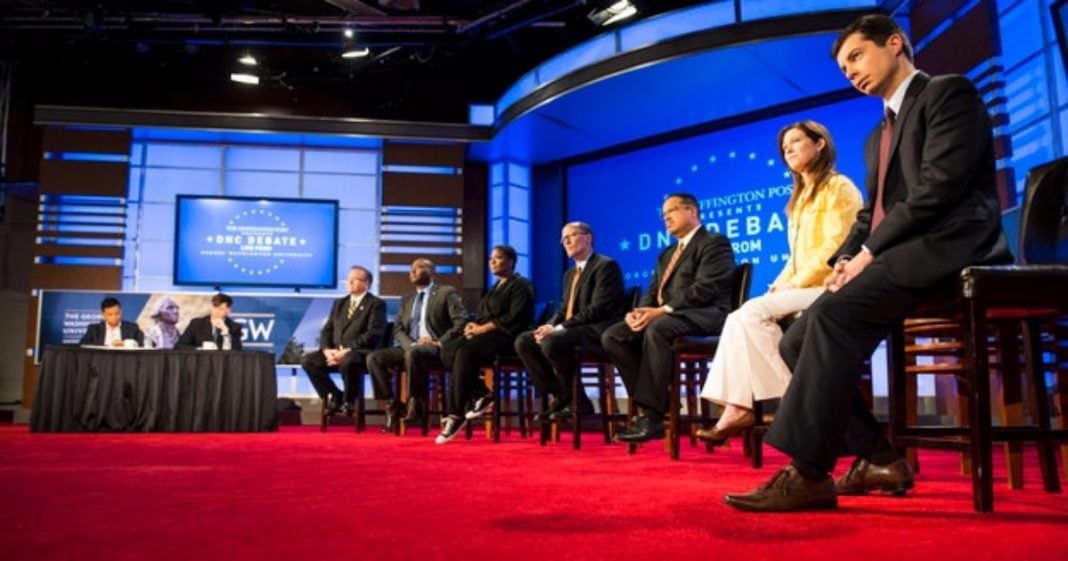 Before the voting could get underway at a DNC meeting held in Atlanta over who should head the party structure as chairperson, members of the DNC had to first decide whether or not they would reinstate Obama-era rules which barred the party from accepting money from lobbyists.

After contentious debate, the party ultimately elected against reinstating the ban, citing the usefulness of lobbyist cash in elections.

Attempt to re-instate the ban fails. In other words, the Dem Nat’l Committee can continue to accept money from corporations and lobbyists.

The rule was rolled back by former DNC chair Debbie Wasserman Schultz last year,  ostensibly to help the party to be more competitive in the 2016 election, but progressives hailed the roll-back as yet another step away from a free and fair voting process.

Like Senator Sanders, most progressives believe that the best way to protect democracy and reform America’s voting system is by cutting out massive cash donations from corporations and lobbyists which unfairly weigh the scale.

Reinstating the rule put into place by Obama banning lobbying cash being given directly to the DNC would have been a good first step in that direction.

Instead, they sided with those who valued the weight of cold, hard cash over party integrity. Those who voted to keep the lobbyist money were no doubt so fueled by their fear of Trump and the powerful Republican party that they were willing to throw away principle in exchange for the strongest battering ram possible.

Though progressives failed to reinstate the rule, their aggressive advocacy on the DNC floor is already causing a great deal of discomfort to comfortable party insiders. Interim chair Donna Brazile appears flustered – and it’s not even noon – as she reminds all those in attendance, “We’re Democrats!”

Unfortunately for Brazile and the others, merely “voting blue, no matter who,” is no longer the winning strategy.