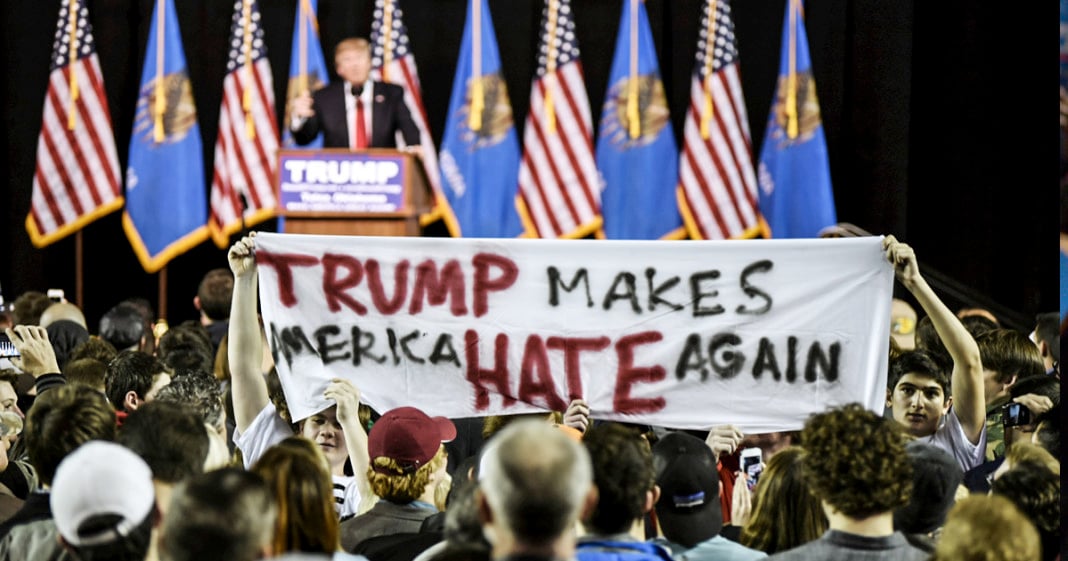 In the media’s fruitless quest to discover what, exactly, they missed in predicting and covering the 2016 election, media outlets have managed to overshoot fantastically and now spend a great deal of their editorial time fervishly interviewing Trump supporters everywhere in their fruitless search for the missing link.

In that quest, the New York Times uncovered one particularly pitiful socialite, a long-time friend of Donald Trump, who was eager to bemoan her sad state in Trump’s America.

According to Nikki Haskell, an elderly socialite and small-time celebrity of a bygone era, things got particularly difficult for her when she discovered that her support for Donald Trump could attract some less-than-pleasant attention.

Said Haskell, who is currently trying to launch a television show at her advanced age,

“I can’t be the only person in the whole world defending Donald Trump,” she said. “I’ll be walking down the street, they’ll attack me. I don’t want to be attacked. This is totally out of control. I’m afraid to walk down the streets in New York or L.A. I’m trying to get a television show on the air, which will never happen in this environment. I’ll never have another friend. Nobody’s going to speak to me.”

Haskell’s near-hysterics were preceded by comments about the growing protests against the president, including the record-breaking women’s march. Rather than seeing the expression of Democracy as a net good, Haskell bemoaned the state of things and worried about her own safety – as if she, with her wealth and privilege, was in any real danger.

Haskell said that she has been a lifelong Democrat, but that her personal relationship with Trump made her turn against her own party and beliefs to support the man. Haskell even told reporters last April that “‘nothing would make me happier in the whole world than to see Hillary Clinton as president,” and yet, she backed Trump.

Haskell said then that she worried the world wasn’t ready for a female POTUS, despite the fact that many other developed nations have had female leaders, either currently, or in the recent past. The thin excuse seemed just a mild cover-up for her party betrayal on behalf of a family friend.

Haskell said that once she made her Trump support known, she was berated online and friends in her life distanced themselves, even ending their friendships over political views.

“I was actually in tears when someone told me they didn’t want to be my friend anymore because I supported Donald Trump.”

Does anyone want to send the poor dear a couple of frowny face emojis for her pain?

We have seen many profiles just like this one of Haskell, with Trump supporters playing the persecuted victim while human rights are taken away left and right from actual marginalized groups. That the New York Times would even waste ink sharing the woes of a privileged white woman only further adds to the idea that the media at-large is far too focused on the wrong target.

The only real lesson to take away from the woeful tale of old Nikki Haskell is that the incredibly polarizing nature of Donald Trump means that even wealth and privilege isn’t enough to insulate everyone from the wrath of political dissent anymore. Support a dangerous man? Be prepared to have your feelings hurt – then think of how many people are feeling a lot more than hurt feelings.