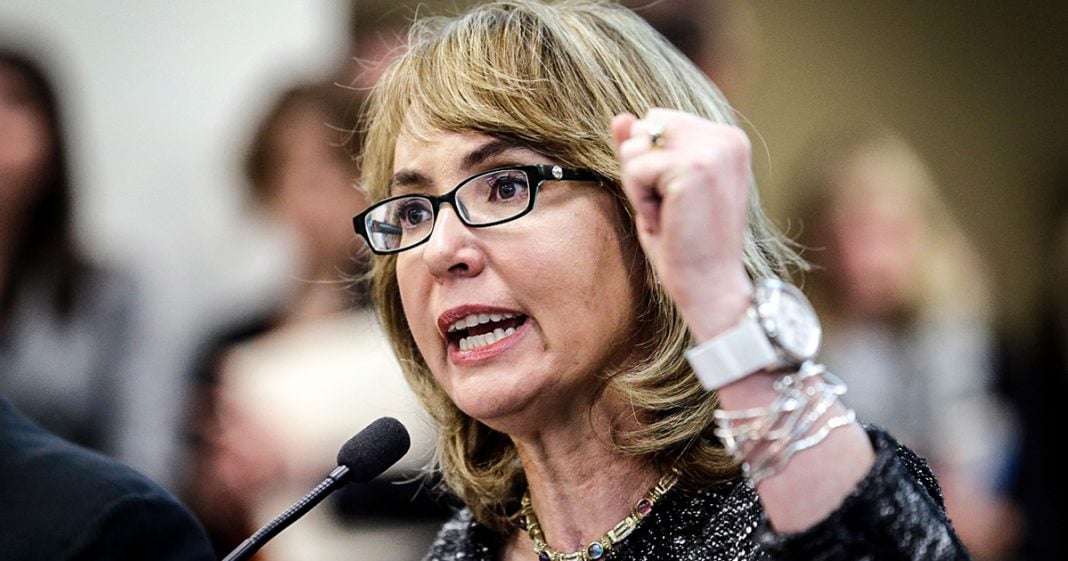 Former Congresswoman Gabby Giffords was shot at an event several years and nearly lost her life. Once she recovered, she continued to meet with constituents and host meetings with them. If she is brave enough to face crowds, why aren’t Republicans? Ring of Fire’s Farron Cousins discusses this.

Former Arizona Congresswoman, Gabby Giffords had some pretty strong words for Republicans this week. Giffords said, ‘Have some courage, face your constituents, hold town halls.’ Now, here’s the reason that statement from former Representative Giffords is so important. Giffords, you may remember was shot in the head during a mass shooting at a rally that she was holding. Six people were killed during that mass shooting. The man, Ron Barber, who took her place in Congress, was also shot that day on stage with Congresswoman Giffords.

What are they afraid of? So far there’s been no violence. There’s been nobody injured at these things. All it is is people wanting answers to some very simple questions like, “Why do you want to take away my health care?” “What kind of health care do you have? Can we have that?” That’s what they’re asking. They’re asking why these cowardly Republicans won’t stand up to Donald Trump, demand investigations, demand he release his tax returns, so that we can make sure he’s not doing anything illegal with the office of the President.

If a woman who got shot in the head still had the courage, the sense of duty, to meet with her constituents, then I would think that the Republican party can do the same. Aren’t they always the ones telling us that people have to be responsible for their own actions? Well, it’s your actions in Congress that have pissed people off. You have to answer for that according to your own ideology. People want answers and you can duck them all you want, but you’re not going to get away from them.

You can’t hide anymore, guys. You did this to yourselves. You put forth this agenda and now you have to explain it to your constituents.