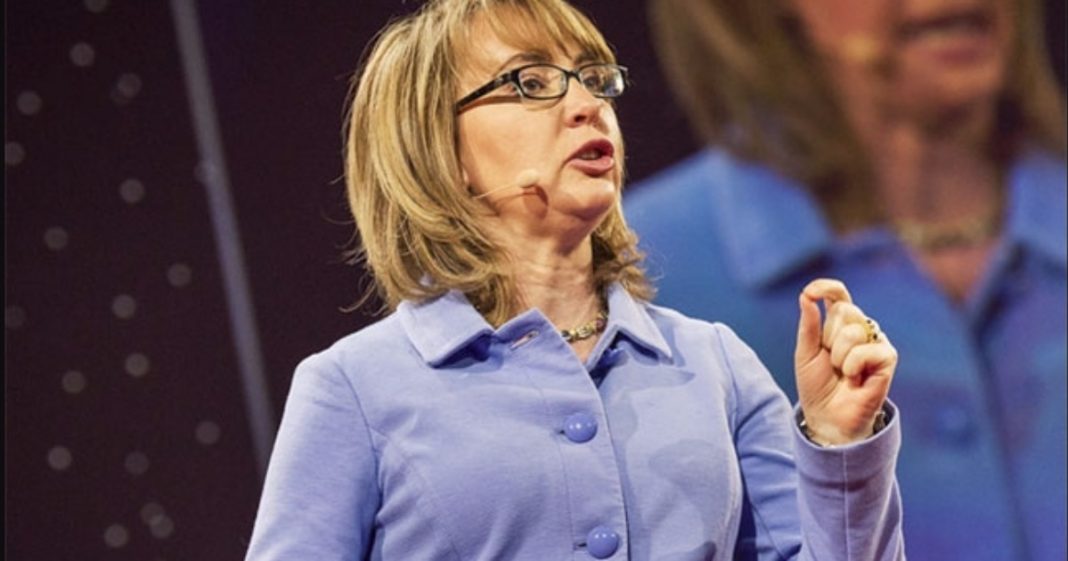 In the last couple of weeks, Republican and Democratic elected officials across the nation have been expected to hold town hall events so that their constituents could weigh in on the political issues at the beginning of 2017. But despite this expectation being implicit, many Republican officials have refused to hold any public events in order to avoid damning soundbites and angry constituents.

Many Republicans have justified their choice by complaining about the number of protesters and their unprecedented level of vitriol, but most agree that it is an elected official’s job to face his employers – the American people – no matter how justifiably angry they are.

In that spirit, Former Arizona Congresswoman Gabby Giffords, who was shot in the head during a public political event in 2011, told Republicans refusing to hold public events to grow some courage and face the public.

Giffords issued a statement on Thursday directly in response to comments made by republican Congressman from Texas Louie Gohmert who used Gifford’s violent trauma as an excuse for his failure to hold a town hall event.

“[A]t this time there are groups from the more violent strains of the leftist ideology, some even being paid, who are preying on public town halls to wreak havoc.”

Giffords, rather than sympathizing with Gohmert and his alleged fear, told the congressman to buck up.

“I was shot on a Saturday morning. By Monday morning my offices were open to the public. Ron Barber — at my side that Saturday, who was shot multiple times, then elected to Congress in my stead — held town halls.”

“It’s what the people deserve in a representative. To the politicians who have abandoned their civic obligations, I say this: Have some courage. Face your constituents. Hold town halls.”