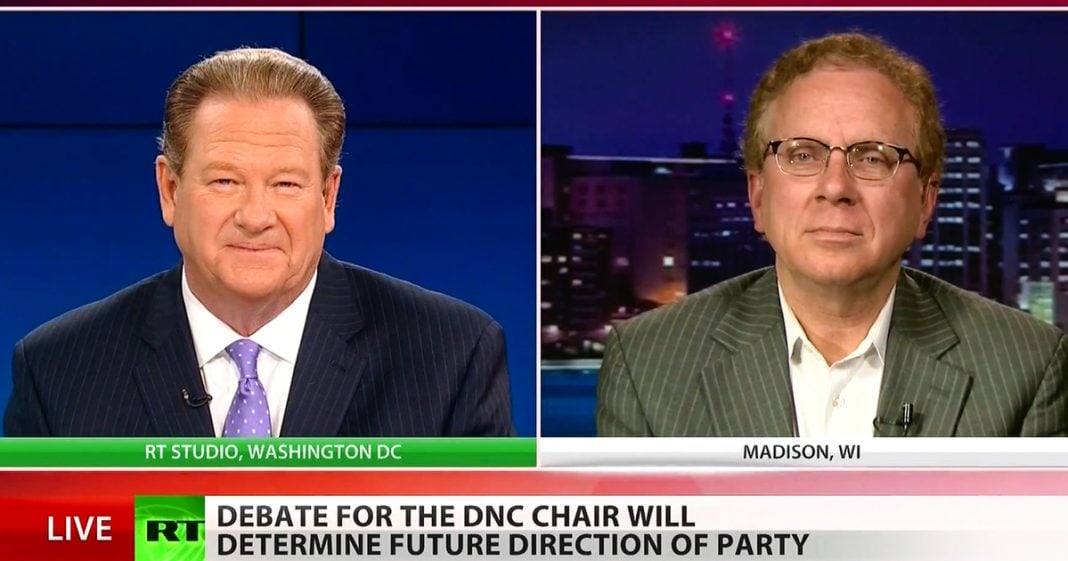 The Democratic National Committee is in the midst of its three-day Atlanta meeting, where a new chair will be elected Saturday. Senator Bernie Sanders has endorsed Keith Ellison, who is neck-and-neck with former Obama Labor Secretary Tom Perez. The two candidates sparred in debate Wednesday night, but who will be elected is anyone’s guess. John Nichols, Washington correspondent for the Nation magazine, joins “News with Ed” to discuss the DNC chairmanship and how the outcome might determine the future of the Democratic Party.