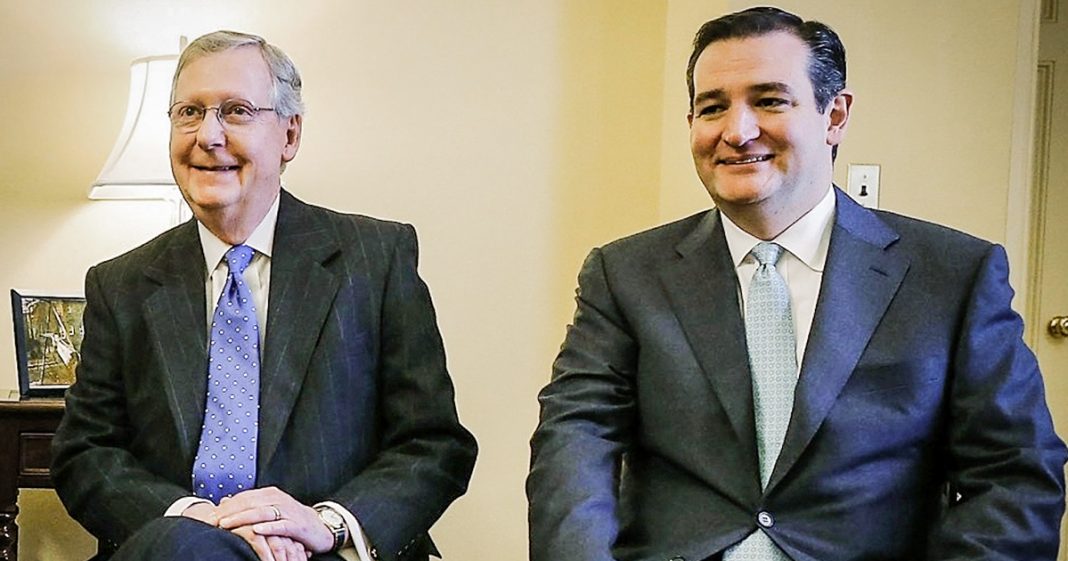 Angry voters are confronting Republicans at every opportunity, showing up at their state offices and DC offices and townhalls to let them know that they are unhappy.  If this level of anger sustains itself, we might actually be able to change the makeup of Congress in 2018, but only if this kind of citizen engagement continues. Ring of Fire’s Farron Cousins discusses this.

At first, it was little known Republicans who were trying to have town halls, that got disrupted by people angry about the fact that Republicans wanted to repeal the Affordable Care Act and effectively take away healthcare for millions of people. Now, that anger has spread. It’s not just the little peon Republicans here and there. This week in Texas, people in Ted Cruz’s, went to his office in Texas and held a town hall without Ted Cruz where they were protesting the fact that not only do they want to get rid of healthcare for millions of Americans but the fact that they refuse to investigate any of the potential illegal activities of the Trump administration.

Ted Cruz isn’t alone. The same thing happened to Mitch McConnell and Joni Ernst. Joni Ernst had a town hall this week, was met with cries of this is your last term. Here’s the thing. This is why this is important. This is why Ted Cruz being confronted and Mitch McConnell being confronted and Joni Ernst and every other Republican trying to talk to their constituents, there is a lot of anger in the United States right now and it’s not just over the Affordable Care Act. People want answers into the potential wrong doing of the Trump administration and Republicans are staying silent.

As Rand Paul put it last week, it doesn’t make sense for Republicans to investigate other Republicans but to the public it does. If this anger continues, if it sustains itself there is going to be a sea change in the United State Congress in the 2018 midterms. They cannot continue to piss off their constituents and bet on being reelected. How are they gonna run a campaign when everything they’ve done, their voters have spoken out against, their voters have confronted them about? I know Donald Trump is out there on Twitter attacking these people, saying that it’s just sad, calling them paid protestors, demeaning every action that they do. You know what? Every time he does that, these crowds larger, people get angrier and they get more active.

Here’s the catch. You have keep it up. If this anger does not sustain itself, if you let it go, if you move on, if you do not continue to hold your Republican officials accountable and Democrats, let’s be fair, they all need to be held accountable. If you let it go, you’re going to end up voting ’em right back in and we’re going to go through the same thing for another two years. You’ll get pissed off at first, let it go, reelect them and get pissed off again. We have seen this cycle play out too many times. It happened in 2012. It happened in 2014 and it happened in 2016. I hope that the voters sustain this level of anger. I hope that they continue to confront Republicans who want to destroy the environment, destroy our healthcare system, let Wall Street run rampant. We have to do something and right now, these people that are out there confronting Republicans, protesting the policies of both the Republicans and the President, that is the greatest hope for the future as long as it can be sustained.