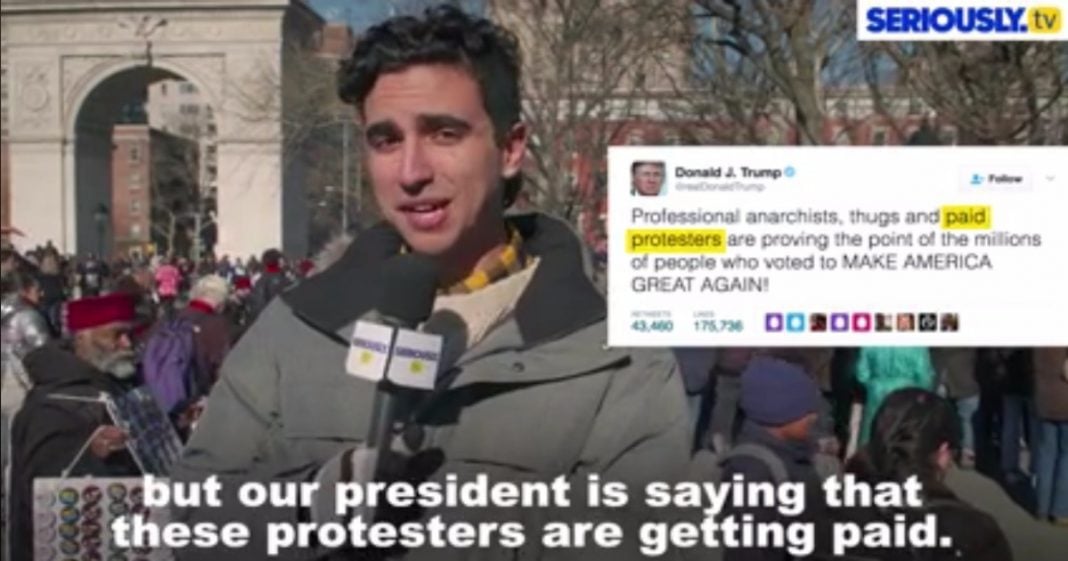 Since we have heard Republican lawmakers and elected officials everywhere decrying the epidemic of paid protesters across the nation, one reporter and often-protester wanted to know, “where the f*ck are my protest checks?!”

As it turns out, there are many of us who have been diligently marching for various causes in the weeks since Donald Trump took office, and unbeknownst to us, we could’ve been getting paid this whole time!

Dylan Marron with Seriously.TV set out to see just where he could pick up his paid protester paycheck, as well as talking to some local protesters about why they are out demonstrating in the middle of a weekday.

“Protests like this are taking place all over the country, but our president is saying that these protesters are getting paid. And as a liberal snowflake who’s taken part in many protests throughout my life, I had to ask: where the f*ck are my protest checks!?”

“Do you know where to pick up the checks for protesting,” Marron asks. “Is it like direct deposit?”

Yes, this funny video is a nice bit of comedic relief for those exhausted at the repeated suggestion that the millions who have protested in the last few weeks were not doing so out of genuine political activism.

But it also speaks to the growing, damaging narrative and how the false idea that every protester is either a violent punk or a paid shill is damaging to our constitutional right to protest. It is easier for Senators and Congressman to delude themselves into believing that the people filling the streets and town halls are not really voters, but people looking for a paycheck.