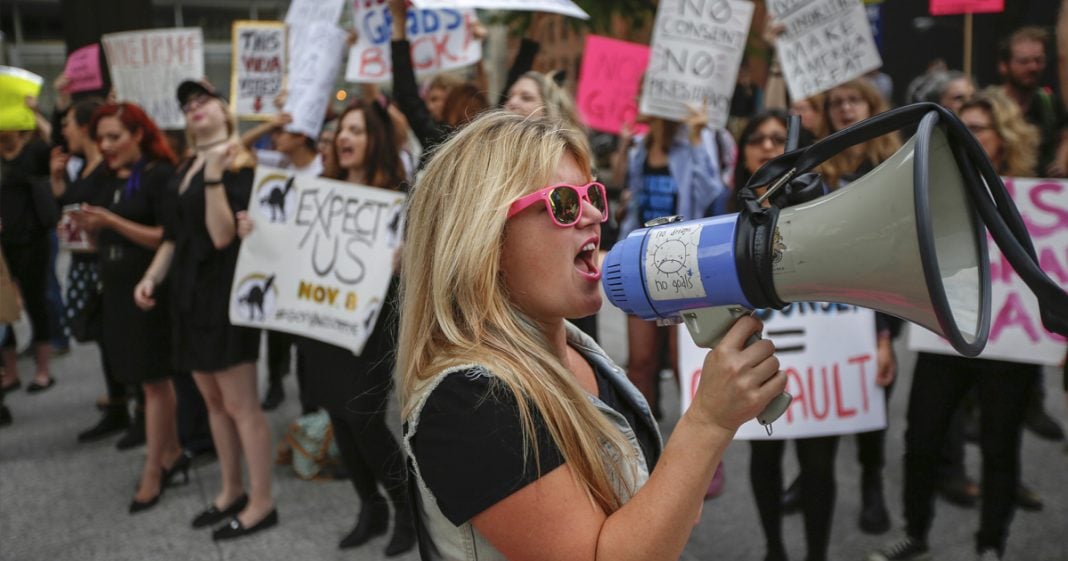 On Wednesday, the Arizona Senate passed SB1142, moving it before the Republican-controlled House. The bill would update the state’s racketeering laws to now cover rioting, while also expanding the legal definition of a riot. This would allow law enforcement officials to arrest anyone that is involved in a legal protest, if they merely suspect violence, even if the violence never occurs.

While debating the bill, Republican cop-turned-Senator John Kavanagh said that the bill is needed as paid insurgents are plotting to cause chaotic scenes across Arizona and that preemptive action is needed:

“Wouldn’t you rather stop a riot before it starts? Do you really want to wait until people are injuring each other, throwing Molotov cocktails, picking up barricades and smashing them through businesses in downtown Phoenix?

You now have a situation where you have full-time, almost professional agent-provocateurs that attempt to create public disorder. A lot of them are ideologues, some of them are anarchists, but this stuff is all planned.”

The bill, passing 17-13 strictly along party lines, says that an agitator does not even have to be connected to the group to cause protesters to break the law. This opens the door for someone opposing the goals of the protest to commit an act of violence to turn a peaceful demonstration into a riot, as defined by law. A protester could then be charged with conspiracy if they merely agree with or support the person inciting the violence.

“[O]ne person, possibly from the other side, starts breaking the windows of a car, and all of a sudden the organizers of that march, the local Tea Party, are going to be under indictment from the county attorney in the county that raised those property taxes. That will have a chilling effect on anybody, right or left, who wants to protest something the government has done.’’

The acts of rioting and inciting a riot are already crimes, subject to individual prosecution. This bill, however, seems to prevent protests – peaceful or not – from occurring in the first place. Attaching rioting to racketeering and conspiracy charges allows police to actively seek out and arrest those who may be planning demonstrations. Sen. Kavanagh said that if groups are planning potentially disruptive gatherings, “I should certainly hope that our law enforcement people have some undercover people there.’’

A week ago in Tucson, police and protesters clashed during a march condemning recent ICE raids. While roughly 80 marchers were present, three were arrested on aggravated assault charges, with a fourth being booked for obstruction and failure to produce identification.  Those present pointed to the aggressive tactics of the officers as the turning point in the demonstration. One protester, Rolande Baker told U.S News that an officer pepper sprayed her as she knelt down to help an elderly woman up off the ground. With cops possibly agitating the crowd into violence, the new law would have allowed them to arrest all of those present, not just those alleged to have committed crimes.

As frustrated citizens already worry that law enforcement agencies will act in a threatening manner while they voice their concerns over the increasingly divisive tone of politics in their community, the last thing they need is the specter of undercover police officers ready to make arrests the minute the frustration merely mentions violent acts, whether or not those acts actually occur.

While Republicans continue to voice their concerns about alleged paid protesters, they are working hard to strip peaceful dissenters of their rights, instead of addressing their objections head-on.