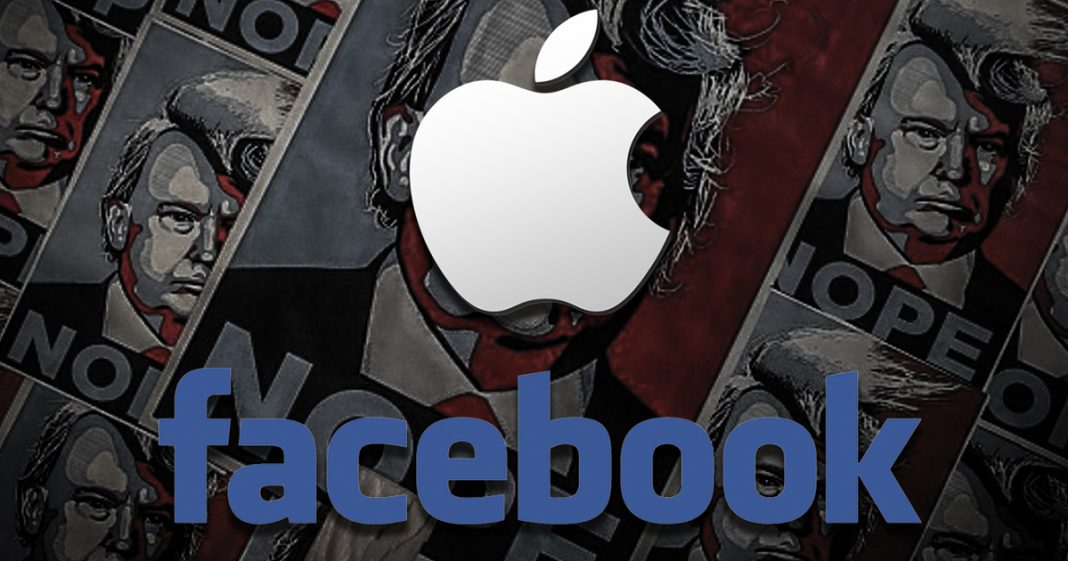 At the request of law enforcement officials, both Apple and Facebook have been turning over user data to authorities on the people who have been arrested for protesting Donald Trump.  This is unprecedented, and further proof that the United States is moving into an authoritarian dictatorship where dissent will not be tolerated. Ring of Fire’s Farron Cousins discusses this.

According to a new report on Alternet, the 200 plus people that were arrested protesting Donald Trump’s inauguration are now having their Apple data, their Facebook data, and their Google data mined and turned over to law enforcement authorities. Defense lawyers for some of these people have admitted that they have received notices from Apple that law enforcement officers have requested individual user’s data, passwords, contacts, things like that, to be used in whatever trial or investigation is occurring for those people. Now, they do not know the extent of the information that is being requested, they do not know why this information is being requested, but attorneys for some of these people who have been arrested assure us that this one, is unprecedented, and two, very likely illegal and completely irrelevant to whatever case these people are making.

Here’s where this case gets a little bit scarier. These people were arrested in Washington DC, which means that this investigation, the law enforcement officers involved, are getting their direct orders from the United States Department of Justice, which is now run by Jeff Sessions. This is coming from the Department of Justice itself. They’re the ones who want access to 200 plus people’s Facebook accounts, your Google+ account if you have one, your Gmail, your iTunes, any Apple contacts you have, email, text messages, phone records, for a simple protest arrest. Essentially, an arrest that was illegal to begin with, because these people had a constitutional right to assemble, a right to protest. If they committed no violence, if they weren’t a part of any rioting, or destruction of property, there was legally no basis for arresting these people for exercising their constitutional rights.

Now, we’re finding out that their rights are being violated further by being forced … Well actually, they’re not even being forced. It’s the companies themselves, Apple, Google, Facebook, that’s turning over this data. They’re just informing the people that they’re complying. The person has no say in this. The people that are sitting in jails that have been arrested that now have a record that are facing up to ten years in jail and $25,000 fine, they don’t have a say whether or not they want to turn over this information. Facebook’s doing it on their own, Apple’s doing it on their own. This is probably one of the slipperiest slopes that I have seen in all of my years covering politics, because it starts with protesters being illegally arrested, and now we’re trying to gather their social media data, their phone data. This is insanity.

More importantly, this is an authoritarian dictatorship where dissent is not tolerated. The Trump administration, the Department of Justice are behind this and they’re trying to build opposition files on these people. They want to go through their Facebook posts and see if they’ve ever said anything that could incite violence, and then use that against them in court, or look at those Facebook posts and see who liked it, see who commented on it, and then go after those people as well for the same charges. Maybe you weren’t even in Washington DC. Maybe you just commented, “Yeah, go give them hell.” They got your name. This is scary. This is something out of science fiction, this is something that we would think would never happen in the United States, but it’s literally happening today. The Department of Justice is working with Facebook, Apple, and Google to get their hands on your private information and we don’t know exactly why.