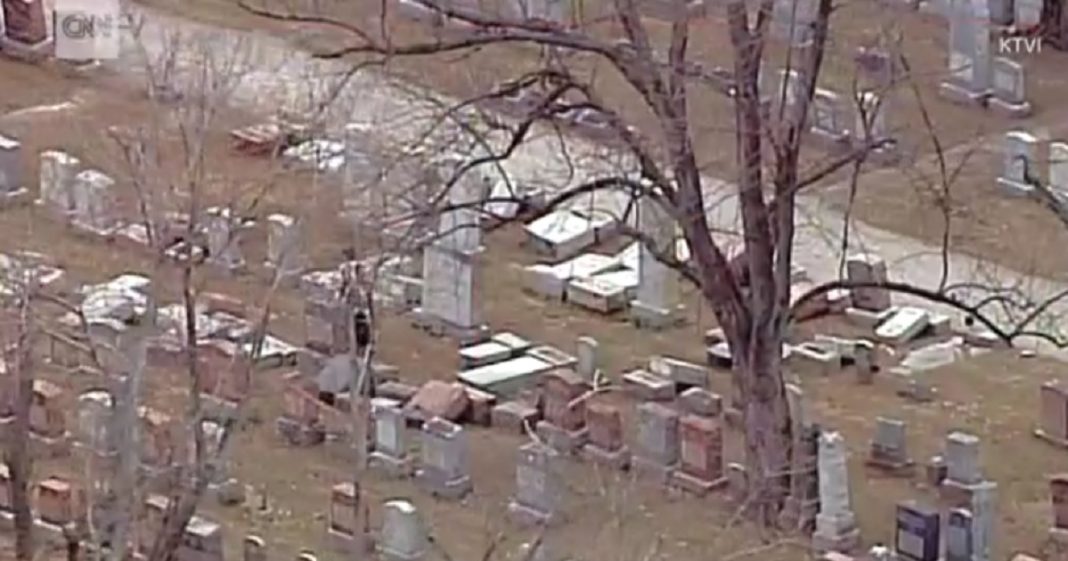 In a gesture of goodwill and community, Muslims all over the nation have come together to raise a hefty chunk of change online to be used to restore a vandalized Jewish cemetery to its former glory.

After a Jewish Cemetery was vandalized over the weekend, greater attention was drawn to the influx in Antisemetic hate crimes springing up nationwide. A St. Louis Jewish cemetery was heavily damaged by vandals, with more than 170 headstones broken, knocked over, cracked, and destroyed.

As anyone who has ever had to buy a plot for a loved one knows, headstones and grave markers are not cheap. Thus, a significant investment was needed to restore these graves to their former peaceful glory.

As many felt that the president was not adequately addressing and condemning the string of violence and threats, Muslim-Americans took matters into their own hands.

‘In a campaign organized by Linda Sarsour of MPower Change and Tarek El-Messidi of CelebrateMercy, the Muslim-American community extends our hands to help rebuild this sacred space where Jewish-American families have laid their loved ones to rest since the late 1800’s. Campaign proceeds will go directly to the Chesed Shel Emeth Cemetery in lieu of the recent damage. Any remaining funds – after the cemetery is restored – will be allocated to repair any other vandalized Jewish centers.”

So far, the online fundraising effort has far surpassed its original goal of $20,000, and currently sits at just over $71,000. According to the website Launch Good, 2501 concerned citizens – many of them Muslim – have given generously to the cause. The intial goal was surpassed in just 3 hours, a sign of how committed and strong the Muslim community’s commitment to righting this wrong.

Work has already begun on the cemetery, with construction tools being used to right some of the unbroken but still incredibly heavy grave stones.

If you would like to contribute to the cause and help battle antisemitism, you can do so here: https://www.launchgood.com/project/muslims_unite_to_repair_jewish_cemetery#/