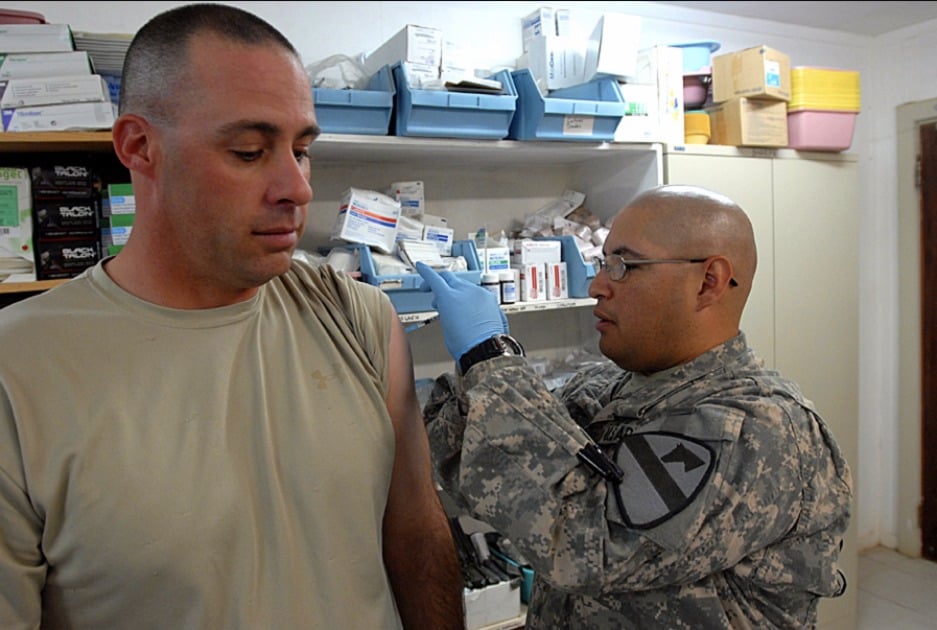 One of Donald Trump’s first acts as President was to put in place a hiring freeze across the federal government in an effort to ‘drain the swamp’ and reduce government size. But our military service members and veterans are the ones feeling the feeling the squeeze, breaking one of Trump’s biggest campaign promises.

During his campaign, Donald Trump promised a brighter future for America’s veterans. One campaign ad said that in Trump’s America, “Veterans are treated with the dignity and respect they deserve.”

But with unacceptable wait times persisting for veterans desperately seeking care, the VA is left with thousands of job openings, most of which are subject to Trump’s hiring freeze. While “frontline caregivers” are exempt from the freeze, many critical support positions are not. According to ranking Democrats calling for the VA to be exempt from the freeze, more than 450,000 appeals for disability compensation remain, but more support positions are needed to address them.

Those pleas continue to fall on deaf ears. Last month, Trump’s Press Secretary Sean Spicer said, “I think the VA in particular, if you look at the problems that have plagued people, hiring more people isn’t the answer.” While the White House looks for ways to hire more efficiently, veterans are suffering.

It isn’t just former service members being hurt by the freeze, as at least two Army facilities have had to shutter key childcare programs. Both Fort Knox in Kentucky and the US Army Garrison Wiesbaden, Germany are having to turn away families needing preschool care. While Trump’s order does provide an exemption for military personnel, clarified to include “positions providing child care to the children of military personnel,” the Department of Defense mandates that special permission still be granted for each position, adding to an already lengthy hiring process. Military.com points out that the Army has historically had high turnover in its daycare programs, further exacerbating the issue.

In December, Trump promised a crowd in Fayetteville, NC that he would fully support the troops.

“Here are the priorities that will guide our military and veterans policy: all men & women in uniform will have the supplies, support, equipment, training, services, medical care and resources they need to get the job done incredibly well and perfectly.”

But, here we sit, just over a month into Trump’s presidency, with yet another promise already broken.